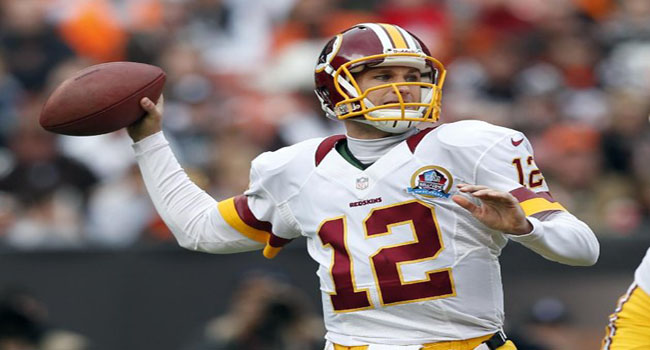 NY Giants (+3.5) at Washington (O/U 45) – The long-time NFC East rivals clash in a very crucial early season game. Why is it crucial? Because both teams are 1-2 and the loser drops to 1-3. Philadelphia is already 3-0 and Dallas is 2-1. While being 1-3 is not a death blow by any stretch it doesn’t make things very easy heading into the second fourth of the schedule.

The Giants rank 22nd in total defense and 22nd against the pass and that’s not good with Kirk Cousins lighting up the Eagles last week. If New York cannot get consistent pressure it could be a long night.

The ‘Skins currently rank fourth in both total defense and against the run. New York ranks 25th in total offense and 18th in rushing. This is where the G-Men will have to make their mark in order to keep Washington pass rushers at bay.

The Pick: Eli Manning was better last week but the ‘Skins pass rush may be too much. Take Washington to cover and take the UNDER.

Texas Tech (+13) at Oklahoma State (O/U 71.5) – Despite the fact that Oklahoma State likes to throw the ball around a good deal, I’m sure Mike Gundy took notice of badly the Red Raiders were run over by Arkansas’ running game.

This reminds me of a typical Texas Tech team. Good offense but a defense that lacks toughness and playmakers.

The Pick: OSU to cover and I like the OVER

UCLA (-5.5) at Arizona State – So far in 2014, the Bruins have escaped all three of their games with wins despite looking less than dominant. UCAL has defeated three unranked opponents by a total margin of just 18 points.

Heisman hopeful Brett Hundley has had little to no time to pass and now is banged up and questionable for this one. The Sun Devils are also 3-0 against unranked opponents of a lesser variety but they handled all three.

ASU has QB issues of their own however with Trevor Kelly out with a foot injury. Great teams find ways to win when they aren’t playing their best and the Bruins have done that. Can they do it again this week?

Trends: These two teams have split their last ten meetings with UCLA averaging 30 points per game and Arizona State averaging 33… UCLA is 2-4 against the spread in their last six games on the road… ASU is 3-8 ATS in their last 11 games against UCLA… The total has gone OVER in four of UCLA’s last five games when playing ASU… The Sun Devils are 10-2 straight up in their last 12 games at home.

The Pick: I think UCLA’s luck runs out tomorrow night. Take the home dog Devils and the OVER.