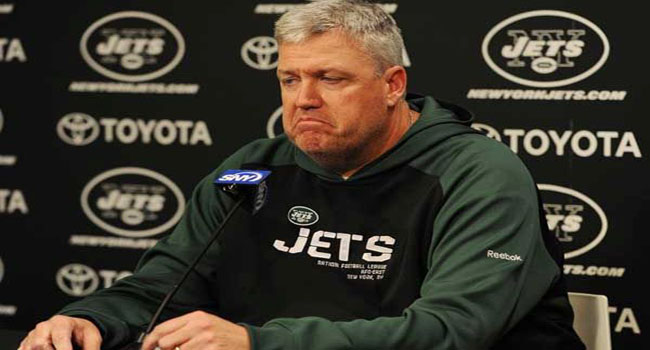 NY Jets (+10) at New England (O/U 45) – This just looks too easy doesn’t it? The Patriots have had their way with the Bills and the Bengals in the last two weeks after struggling to beat Oakland at home. The Jets are a mess. Although I thought they played hard against Denver, too many mistakes and a horrendous secondary eventually cost them.

The reason why you can’t just lay your money on the Pats to cover is simple; we’ve seen this type of thing with these two teams before. Six weeks prior to the 2010 playoffs the Pats beat the Jets 45-3. They met in the divisional round in Foxboro where the Jets pulled the upset 28-21.

It may be one example but it proves simply that when we think the Jets are dead in the water, that isn’t always the case.

Obviously they need better play from Geno Smith or Michael Vick regardless of which one is behind center. They don’t have to be brilliant but they have to take care of the football. The Pats need to deal with season-ending injuries to Stevan Ridley and Jerod Mayo.

Virginia Tech (+1) at Pittsburgh (O/U 45) – These two have split their 10 meetings dating back to 1996 with each winning five games. The Hokies looked like a surprise team when they knocked off Ohio State in Columbus but back-to-back losses against East Carolina and Georgia Tech derailed those thoughts.

The Panthers have lost three straight including one at home to Akron. Pitt has been a hard team to figure out this season and I expect them to have their hands full tonight.

The Pick: I’ll take the Hokies and the OVER tonight.

Utah (-3) at Oregon State (O/U 53) – The Utes are a really bad one-point loss to Washington State from being unbeaten right now and their schedule has been a little tougher than has the Beavers. OSU is also 4-1 with a blowout loss to USC and wins over pretty weak competition.

The Utes have actually played better on the road than at home and that could come in handy tonight.

The Pick: I like Utah to cover and I love the UNDER.