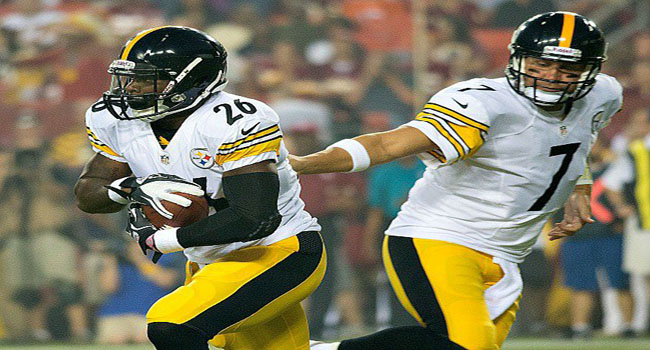 It’s my turn to take on Monday Night Football and this evening we have two teams with 3-3 records looking for some way to find consistency and stay in their respective division races. Pittsburgh hosts Houston tonight and both teams are looking up in the AFC and both know they need a win desperately to maintain an edge before the season gets away from them.

Houston (+3.5) at Pittsburgh (O/U 43.5) – The Steelers enter tonight’s game on a pattern we do not want to dismiss. Starting with week one, they have won, lost, won, lost, won and lost. So according to that pattern, the Steelers should win so there is no use in me going any further right?

This is the National Football League where the team that battered Pittsburgh a week ago, the Cleveland Browns, were beaten like a drum by previously win-less Jacksonville yesterday. The Texans started 2-0 but have not lost three of four but that doesn’t tell the whole story. The Texans’ last two games were losses to Dallas and to Indianapolis by less than a combined ten points.

Those two teams are arguably the hottest in the NFL right now so those two losses don’t look so bad. What does look bad is the loss column of the Steelers which includes losses to Tampa Bay, Baltimore and now hard-to-figure Cleveland. Let’s breakdown tonight’s game.

When Houston has the ball… It doesn’t get much simpler than this; the Texans will use their zone blocking scheme and Arian Foster against a Steelers’ defense that has been gashed by teams that also deploy the system. In two games against Cleveland, the Steelers have given up over 300 yards rushing and the Browns use the zone blocking system.

Pittsburgh will have to make do without nose tackle Steve McLendon who is out. That means Cam Thomas or rookie Dan McCullers takes over there and that isn’t good.

I also believe you’ll see the Texans target cornerback Brice McCain who will replace Cortez Allen. McCain is a former Texan who had up and down moments for them. Allen has been brutal in recent weeks so we expect to see McCain. If Andre Johnson gets hooked up with him, look for that match-up.

When Pittsburgh has the ball… The opposite of simple is hard and that’s the test that awaits the Steelers’ offensive line as they have to deal with the best defensive player in the NFL right now in J.J. Watt. Pittsburgh can expect to see him lined up all over the line which means they will have to communicate about where he is. I doubt man-on-man blocking will cut it so look for the Steelers to double and chip on Watt.

The Steelers have a plethora of weapons on offense and those start with Ben Roethlisberger getting the ball to Antonio Brown and Le’Veon Bell. If the offensive line can give Big Ben time then I expect the offense to move the ball. Where the team really struggles though is in the red zone. That has to improve tonight.

The Pick: I’m going to buck Pittsburgh’s on again off again system and take the Texans getting the points. Take the UNDER as well.