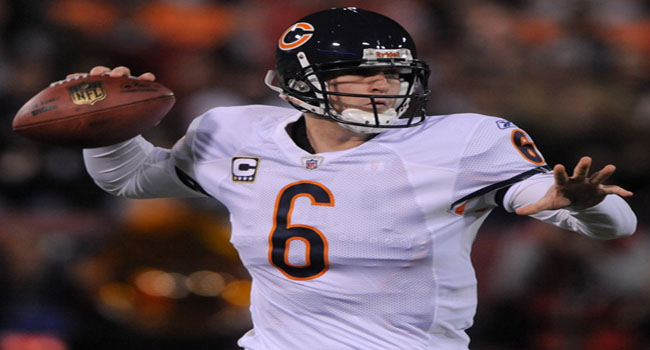 The National Football League used to be a place where a “sure thing” actually was a “sure thing.” In the 1970’s, we knew that teams like the Raiders, Steelers, Cowboys and Dolphins would be favorites almost every week.

In the 1980’s, teams like the 49ers, Broncos, Giants and Redskins were the “givens” while in the 1990’s the Cowboys and Niners established themselves as “go to picks” when gambling.

Those days are gone because we are now in an era of parity that may be unlike any seen in professional sports. Great teams are a thing of the past because now we have “good teams” that are capable of winning many games but they are also capable of losing games that shouldn’t.

Oh well, this is what the league wants so I guess we have to deal with it.

On to this week’s bullets…

-The Cleveland Browns once again showed why they are the “Cleveland Browns.” A week after blitzing long-time nemesis Pittsburgh, the Browns followed that up with a loss to lowly Jacksonville.

-Any great team always has guys in the locker room who are edgy and aren’t exactly “choir boys.” Seattle’s “choir boy” apparently has been singing the wrong tunes as Percy Harvin was traded to the Jets.

-I’m guessing Harvin had supporters and detractors and Sunday’s loss in St. Louis was evidence of that as several players said the timing was pretty bad. They were informed as they boarded the plane to Missouri on Friday.

-Apparently there is more dysfunction in Chicago where the Bears were soundly beaten by Miami. The Bears are 0-3 at home and loud screaming was heard after the game as Brandon Marshall was allegedly calling out Jay Cutler. Why does this surprise anyone? Resigning Cutler was a mistake.

-I have no problem saying that Peyton Manning is the greatest quarterback of all-time. Just make sure you put “regular season” in front. Manning is under .500 in the playoffs and I’m sorry, but that’s where the great ones are truly defined.

-New Orleans wasted a great opportunity on Sunday. They led Detroit by 13 points with four minutes to go. A win would have put them at 3-3 and at the top of the NFC South but they blew the lead and fell to 2-4. Good for them that their division stinks or else it would be too late.

-I still have concerns about Green Bay’s defense and the Packers’ offensive line but I would not want to mess with Aaron Rodgers right now or in the playoffs.

-I have no idea what to make of the Cincinnati Bengals who are now looking up in the standings at Baltimore. Indianapolis is playing well, but shutting out the Bengals? I never saw that coming. If this Bengals’ team misses the playoffs or goes one and done Marvin Lewis would have to be out.

-I have no idea how the Seahawks fell for that Rams’ punt return. How on Earth do you not know where the ball is?

-Antonio Brown and J.J. Watt were once part of the same offense at Central Michigan.

-Congrats to DeMarco Murray who rushed for 100 yards in his seventh straight game to open the season. All he did was break the record of Jim Brown but no big deal right?

-As long as the Cowboys’ offensive line stays healthy I think that offense will thrive. Lengthy injuries however could derail Jerry’s boys.