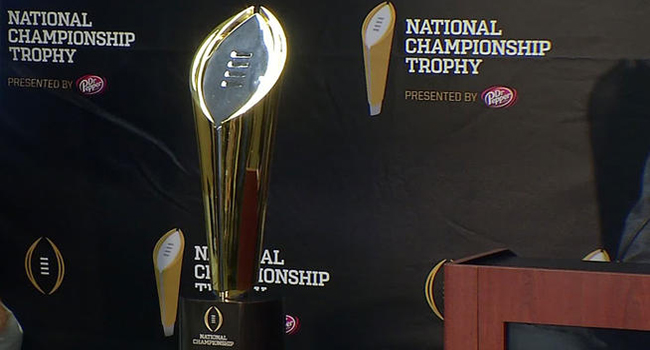 Saturday brings me to the blog and to the fact that I can’t believe we have less one week until we hit November. Didn’t college football just kick off? Do you believe the first week of the season was actually in August? I was always told that time goes faster the older we get but I didn’t exactly expect a supersonic jet ride.

Today I’m catching my breath with thoughts on college and pro football as well as the Fall Classic which may actually end before November gets here believe it or not.

This Tuesday the 13-person college football playoff committee meets and reveals their top four teams. The committee is now actually down to 12 as Archie Manning had to step aside due to health issues. I for one am about as excited for this as I am a root canal but it creates talking points though doesn’t it?

Let’s be real here; there is still a lot that can happen and perhaps some of that chaos will continue today with Ole Miss and Mississippi State both on the road in the SEC. One of the top people I lean on for college football insight is Stewart Mandel who now writes for Fox Sports after years with Sports Illustrated.

Mandel argued this week that it’s very possible that two of the five major power conferences will get shut out in the ‘final four’ and he isn’t wrong. But I question the politics that will be involved by the committee. Mandel believes the Big Ten and Pac-12 will be on the outside looking in even with a potential one-loss Ohio State or Michigan State or even Oregon.

No one argues the SEC and more specifically the SEC West is the most dominant conference in football but there are two questions that come from this. First is whether or not the teams will knock each other off so badly that no one is left with less than two losses and secondly will there be ‘SEC overkill’ in the eyes of the committee.

Don’t ever dismiss the politics in collegiate athletics my friends.

The Kansas City Royals took a 2-1 lead last night in the World Series with a 3-2 win over the Giants in San Francisco last night. For the second straight game the Royals’ bullpen shut down the Giants which has become a trend throughout the season and now into the playoffs. It’s a very common theme where the Royals get a lead and take that lead into the sixth inning.

In effect, Manager Ned Yost has shortened official nine-inning games to essentially games that are just six or seven innings. This isn’t new; the Yankees did it during the great run of five World Series titles when the bullpen would take over and then hand the ball to John Wetteland and then Mariano Rivera. If the Giants are going to stay in this series they must get out early or this thing will be over in five.

Remember my preseason picks? Ya, that selection of the Tampa Bay Buccaneers as a wild-card team isn’t looking so good now is it? The Bucs have been competitive in most of their games but for the most part it has been nothing like I thought it would under new coach Lovie Smith.