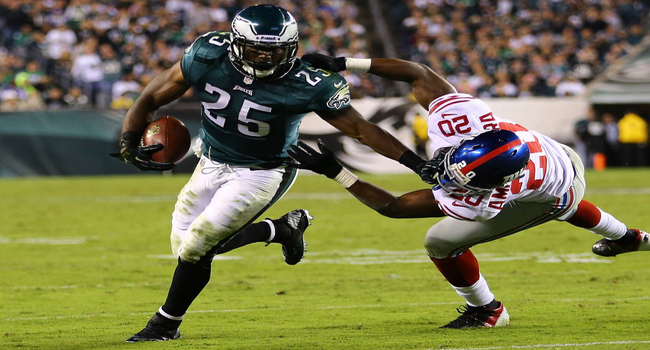 As is usually the case, the National Football League offers us some great games in the late time slots so let’s get to them.

Philadelphia (+3) at Arizona (O/U 48.5) – There are several god games on the Sunday schedule but I’m hard-pressed to find a better match-up than this one. Both teams are 5-1 but the Cards lead their division while the Eagles find themselves behind the surging Cowboys who are 6-1.

The match-up to watch is when the Eagles are on offense against the Cardinals’ defense. The secondary for Arizona is among the best in the league and they’ll depend on the front seven to limit LeSean McCoy and get pressure on Nick Foles.

The Pick: I like Philly getting the points and the OVER.

Indianapolis (-3.5) at Pittsburgh (O/U 49) – The Colts enter this game as hot as any team in the league. They shut out Cincinnati last week and have beaten AFC North leader Baltimore as well. Andrew Luck has put himself in the MVP conversation with spectacular play.

The Steelers have been inconsistent all season winning every other game on the schedule to stand at 4-3. They won Monday night over Houston with a three-minute barrage that ended with 24-straight points. Outside of that, they didn’t play particularly well.

The Pick: The Steelers tend to play to the level of their competition so I expect a good game but take the Colts to cover and I like the OVER.

Green Bay (+1) at New Orleans (O/U 56) – Remember when Packers’ Quarterback Aaron Rodgers told the fans to “R-E-L-A-X?” He was mocked by some for that but all he and the Packers have done since then is win. Winning has been important with good play of Detroit who is atop the division with them. Rodgers has been spectacular in the last few weeks and now he gets to go up against a Saints’ defense that has been abysmal through the first six games.

The Pick: Take the Packers because the Saints just haven’t proven anything to me yet and take the OVER.