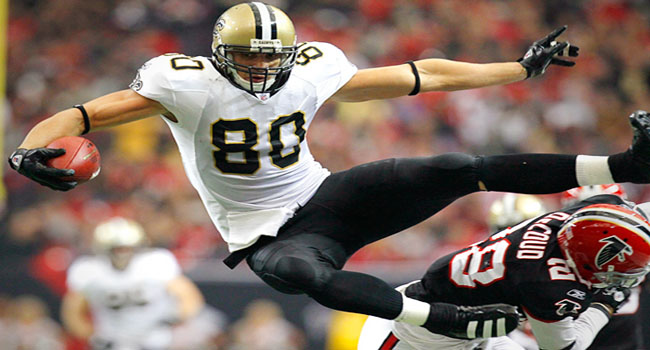 Tuesday means I’m giving you an early look at the National Football League schedule and who is favored and who is not. Here’s you’re sneak peek.

New Orleans (-1) at Carolina – The Saints got a much-needed win over Green Bay and now can take over first place with a win over the Panthers. Were the Saints in any other division, they may have been left for dead, but not this one.

San Diego (+2.5) at Miami – Very interesting game here with the Chargers getting ten days to prepare for a Dolphins’ team that has struggled offensively but is playing very well defensively. This is a monster game for both teams in terms of their respective divisions.

Jacksonville (+11.5) at Cincinnati – The Bengals appear to have righted their listing ship with a tight win over Baltimore on Sunday. They had gone 0-2-1 in their previous three games. Jacksonville got that all important first win over Cleveland but then was just awful in losing to Miami. A.J. Green may return for the Bengals as well even though I don’t think they’ll need him.

Tampa Bay (+6) at Cleveland – I think the Browns got a significant wake-up call after they beat rival Pittsburgh and then lost to Jacksonville. They got past the Raiders Sunday and now entertain the Buccaneers who are about as bad as it gets right now.

Washington (+2.5) at Minnesota – Depending on what happened last night in Dallas, we could see Robert Griffin III return, Kirk Cousins get another shot or maybe Colt McCoy again. The biggest thing about this game however might be the protests going on outside regarding the Redskins’ nickname.

Philadelphia (-2.5) at Houston – The Eagles hit the road again following a tough loss at Arizona on Sunday. The Texans will not be an easy challenge as they typically play well at home. If the Eagles can put the clamps on Arian Foster then they should win going away.

NY Jets (+9.5) at Kansas City – Rex Ryan wasted no time in announcing that Michael Vick would get the start against the Chiefs following Geno Smith’s brutal performance against Buffalo. Ryan is as close to a dead man walking as anyone could be right now so he needs to get something going immediately or he’s gone before the season ends.

Arizona (+4) at Dallas – The Cowboys played last night and barring an enormous injury things should be set up for the game of the week with the 6-1 Cardinals. The formula will be simple for Dallas; run the ball and limit the Cards’ offense. This should be a great game.

St. Louis (+9.5) at San Francisco – The Rams looked to be on the right track when they beat the Seahawks but then they played poorly in losing to Kansas City. Now they head to San Francisco where the 49ers are getting healthy and seem to be putting any issues with Head Coach Jim Harbaugh behind them.

Denver (-3) at New England – Stop me if you’ve heard this but Peyton Manning and Tom Brady are meeting once again an the media will do everything to not fall all over themselves. Actually this should be a great match-up where both QBs will need to find the mismatches at the line of scrimmage. Hard to believe the Pats are underdogs at home where Brady rarely loses.

Oakland (+15) at Seattle – I expected a bit more from the Tony Sparano-led Raiders but the talent just isn’t there. While I think the Seahawks still have some issues, they should roll over Oakland.

Baltimore (+1.5) at Pittsburgh – The Ravens beat the Steelers in week two and have a 2-2 divisional record. Pittsburgh is 1-2 in the division and still has two games remaining with Cincinnati. These two almost always play games to within a field goal and I expect this to be no different.

Indianapolis (-3) at NY Giants – The Colts look to rebound from their 51-34 loss to Pittsburgh while the Giants come off the bye week. You can pretty much pencil in a 300-yard passing game for Andrew Luck who seemingly does it every week, but now the Colts’ defense appears to be a weakness. Can the G-Men take advantage at home?