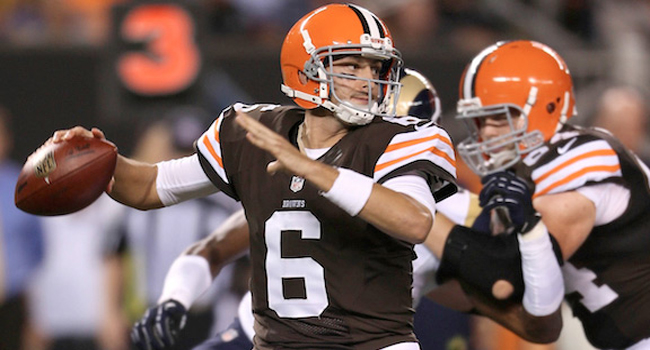 Cleveland (+7) at Cincinnati (O/U 45) – At 5-2-1, the Cincinnati Bengals lead the AFC North. Their rivals to the North are 5-3. Thus for the first time in a long time these two teams are playing a very crucial game. Also in the division is 6-3 Pittsburgh and 5-4 Baltimore making the AFC North the only division in football with all four teams above .500.

Besides these four teams, there are six others in the AFC that are above .500 as well which means every game for these teams is even more crucial. Falling even a game behind can spell doom not just for the division title but for the wild-card as well.

Neither team is heading into to this game at 100%. The Bengals are without leading tackler Vontaze Burfict and will also be without top cornerback Leon Hall. Meanwhile the Browns are without their top tight end Jordan Cameron so both teams are without key parts of their teams.

The Bengals’ A.J. Green will give it a go with his bad toe and could finally make an impact for the Bengals’ offense after weeks on the sidelines. My gut feeling tells me he will see some action but I don’t know how much of a factor he’ll be.

Both teams are scoring just over 20 points per game and both teams are surrendering about 20 points per game as well. The seven-point spread therefore I find a little large but the Bengals are pretty good home. The major question for Cleveland is Brian Hoyer who has been inconsistent of late. If he gets off to a rough start tonight, could Johnny Manziel finally get his shot?

The Pick: I think this game is played in the 20’s and I’ll take the Browns getting those seven points. Take the OVER as well.

Clemson (-21) at Wake Forest (O/U 42.5) – The Demon Deacons come into this one averaging barely over 14 points per game while they give up almost 25 points per game defensively. Despite having to replace Tajh Boyd, Sammy Watkins and Martavis Bryant on offense, the Tigers have managed to piece together a 6-2 record to this point.

The Pick: With QB Watson out, I think the Tigers’ offense struggles a bit so take Wake Forest getting the points and take the UNDER as well.

[UPDATE]: Clemson HC Dabo Swinney says that QB Desean Watson will start at QB. If this holds true than take the Tigers to cover.