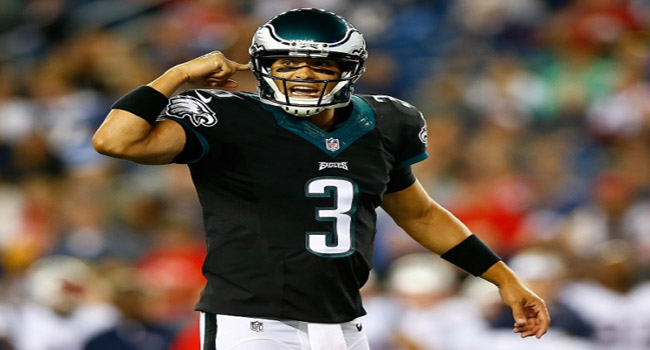 Carolina (O/U 48) at Philadelphia (-7) – Both teams come in knowing exactly what occurred within their division from yesterday and both now realize the extra importance of tonight’s game. The Panthers got a gift with New Orleans suffering a home loss to San Francisco which means a win tonight would give them five wins which would tie them with the Saints.

The Eagles are aware of the Cowboys victory in London over Jacksonville and need to win to stay a game up on them in the NFC East. Both teams tonight are dealing with quarterback issues although they are both of a different sort.

Cam Newton has been inconsistent for most of the season and I don’t put all of that on him. He’s had to rely on rookie receiver Kelvin Benjamin as his go-to guy and the running game hasn’t exactly panned out well either with the team’s top two running backs dealing with injuries. Still, Newton knows those excuses only go so far. He needs to make better decisions with the ball and has to do a better job of executing when the the plays are there.

For Philadelphia, the Mark Sanchez era is here. Starting quarterback Nick Foles is likely out for the rest of the season with his injury. Last week, Sanchez came in for Foles and promptly delivered a solid performance in getting the Eagles a road win at Houston. Sanchez was 15 of 22 for 202 yards with two touchdowns and two interceptions.

Philly and Carolina rank 15th and 29th in total defense respectively. The reason for the Panthers low ranking is that they also rank 29th in rushing defense so I would suspect we’ll see plenty of running with LeSean McCoy and company. Don’t dismiss Sanchez running the ball off of the read option either. He’s more than capable of picking up the necessary yardage.

Sanchez will obviously look to Jeremy Maclin as his top target while Newton will look heavily for Benjamin as mentioned previously.

Both defenses will do what so many NFL defenses plan to do at the start of each game which is to pressure the quarterback and stop the run. The Eagles have done a far better job of this so far in 2014. One key area that favors the Panthers is in the Giveaway/Takeaway department. Carolina is +4 while the Eagles are a whopping -10 on the season. That stat alone could keep the game close.

The Pick: The Eagles are unbeaten (4-0) at home while the Panthers have just one win away from their stadium. Take the Eagles tonight to cover behind a big night from Mark Sanchez and take the OVER as well.