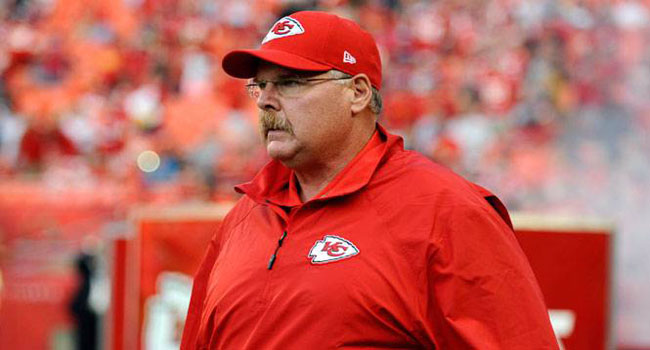 Kansas City (-7) at Oakland – The Chiefs find themselves tied with Denver atop the AFC West at 7-3 although a home loss to the Broncos in week two gives Denver the edge. The Raiders are… The Raiders who haven’t won now in a calendar year.

Cleveland (+3) at Atlanta – The Browns laid a serious egg at home in losing to Houston Sunday while the Falcons have suddenly won two-straight and sit atop the NFC South at 4-6. If Brian Hoyer struggles to put points on the board in the first half, sound the Johnny Football alarm.

Tennessee (+10.5) at Philadelphia – This line could move substantially depending upon how the Titans did last night. Mark Sanchez came crashing back to Earth while getting buried in Green Bay Sunday. Look for the Eagles to get back to some normalcy at home.

Detroit (+5.5) at New England – The Lions put up a valiant effort in losing to the Cardinals in the desert and now face falling behind a hot Packers’ team in the NFC North. What more can be said for the Patriots who are getting it done in numerous ways?

Green Bay (-9.5) at Minnesota – Aaron Rodgers and the Packers take their high-scoring machine on the road to Minnesota where the Vikings are still struggling to find their way. What we have to be careful with here is the potential for a letdown.

Jacksonville (+14) at Indianapolis – I honestly don’t know what’s in the water in Jacksonville but it seems any QB that comes there just gets worse. The Colts will be ready for rookie Blake Bortles and they’ll be fired up after getting pounded by the Patriots.

Cincinnati (+2.5) at Houston – The Bengals may have saved their season with a big win at New Orleans and now face a Texans’ team that is suddenly just a game behind the Colts. Rookie Alfred Blue filled in for Arian Foster with a big day on the ground which helped Ryan Mallett in his debut.

NY Jets (+4.5) at Buffalo – The Jets ended their eight-game losing streak by beating the Steelers and now head to Buffalo where the Bills are clinging to life in the AFC at 5-5. A loss ends any chance of the Bills making the postseason while a win keeps them alive.

Tampa Bay (+6) at Chicago – Jay Cutler finally used the weapons around him to his advantage in beating Minnesota. Meanwhile the Bucs seem to be playing better and better and are getting good performances from young guys.

Arizona (+6.5) at Seattle – Let’s put it this way; the Seahawks cannot afford to lose. They are 6-4 while the Cardinals are 9-1. Not only would a loss end any reasonable chance at a division title but probably a playoff spot as well. Don’t forget, the Cards won in Seattle last year.

St. Louis (+5.5) at San Diego – At 4-6, you’d think the Rams would already be out of contention for the playoffs. Don’t tell them that though as they have played teams very tough in recent weeks and knocked off Denver this past Sunday. For the Chargers, they survived the Raiders but they’re looking up at both Kansas City and Denver in the AFC West.

Miami (+7) at Denver – The Broncos are dealing with injuries to both Emmauel Sanders and Julius Thomas and Miami is playing well. Can Ryan Tannehill survive the pass rush?

Washington (+7.5) at San Francisco – The Redskins seem near an implosion right now and a west coast road trip won’t help any.

Dallas (-3) at NY Giants – At 3-7, the Giants will be left to pay spoiler in the NFC East. Dallas is coming off a bye which had to be good news for Tony Romo.

Baltimore (+4) at New Orleans – Both teams will be looking for wins to stay alive in their respective divisions and the Saints are no longer infallible at home.