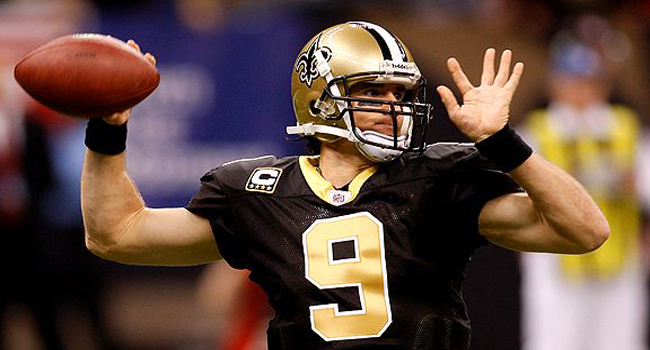 If we are going to complain about all the poor Monday night games scheduled over the last few years then we must also give credit when the schedule maker gives us a game worthy of the nation’s spotlight.

Tonight in the Big Easy, Baltimore returns to the Superdome for the first time since winning their second Super Bowl title to face a Saints’ team that is desperate for a win to stay alive in the putrid NFC South.

Baltimore (O/U 50) at New Orleans (-3) – The Ravens enter the action tonight in last place in the AFC North. A win puts them into a 3-way tie for second so there’s no need for alarm. A loss however would put them three game behind Cincinnati in the loss column and the Bengals own the tie-breaker.

The Ravens received little to no help yesterday as the Bengals and Browns both won while Pittsburgh was on their bye week. New Orleans did get some help as both the Falcons and Buccaneers lost while Carolina was off for the weekend.

Offensively, the Saints and Ravens rank 3rd and 12th respectively. In passing, the Saints are fourth and the Ravens are 17th while they rank ninth and 11th in rushing. Despite the lofty rankings, Drew Brees hasn’t had the consistently good year passing that he’s accustomed to which is a bit strange since the Saints’ running game has improved a lot in 2014.

Baltimore has endured the Ray Rice issue and has been pleased with the emergence of Justin Forsett who has been solid in his role as the top back for Baltimore. Quarterback Joe Flacco will still take shots down-field with Steve Smith and Torrey Smith as well.

On defense, the Ravens possess the league’s 10th best overall unit while the Saints rank 18th. The teams are nearly identical in terms of passing defense with Baltimore ranking 19th and the Saints 21st while the run defenses rank 5th for the Ravens and 19th for the Saints.

If I’m Baltimore I’m attacking with the running game in an effort to open up the passing game. With the Saints struggling against the run it makes sound sense. If I’m the Saints, I’m throwing the ball coming out of the gate. The Ravens secondary is not at full strength and could be vulnerable if the pass rush isn’t there.

The Pick: First of all, take the OVER. I see both teams able to move the ball on each other to validate that. I have to go with Baltimore getting the points here too. They have been a more complete team throughout the season.