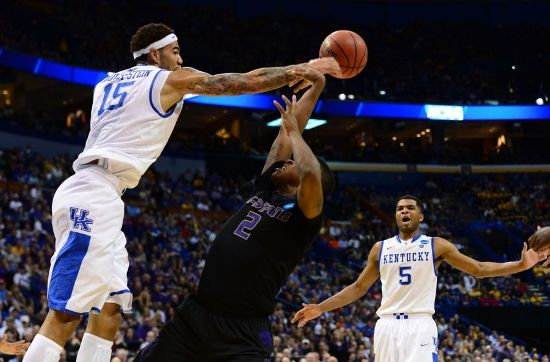 College basketball takes center stage this weekend as the only action in college football is the annual Army – Navy classic.

That signals a time for many bettors to move some focus to the round ball and college basketball.

The transition from the gridiron to the hard court should not be a tough one especially when the weekend is highlighted with a clash between visiting North Carolina the No. 21 ranked team and the Kentucky Wildcats the No. 1 team in the nation, at Rupp Arena.

The current line on Bovada and sportsbook.com has Kentucky favored by 12 points.

After just ten games into the season, many are talking about an undefeated season for the Wildcats. However, against the spread, Kentucky on topbet and betonline is just 5-5.

However, Kentucky is No. 1 in the country for defensive field goal percentage allowed at 28.7%, which is a big reason the UNDER has cashed in 9 of their 10 games played.

However, Kentucky has yet to play an official game on the road after its first 10 games. 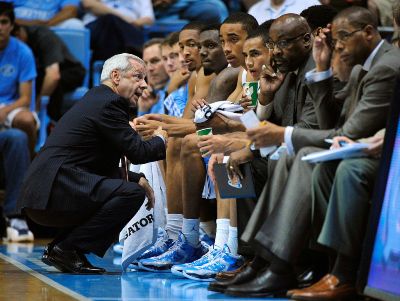 This will be the first “true road game” for UNC. North Carolina has been tested though playing two teams in the top 25 and four games at neutral sites.

The Tar Heels at 5-3 ATS are more profitable to start the season, but have two losses outright as favorites already this season. This matchup is the Tar Heels first major test as a road dog.

Kentucky’s big news of the week was the announcement that Alex Poythress their talented junior forward tore an ACL during practice. He will miss the rest of the season.

The Wildcats forward was averaging 20 minutes a game in the Kentucky platoon system.

The UNDER has cashed in 21 of the past 27 games Kentucky has played at home.

North Carolina has covered the spread in 9 of the past 11 games played versus Kentucky.

For many it is easy to shy away from the Tar Heels in this situation. Kentucky has been promoted as being unbeatable and North Carolina lost to Iowa at home earlier this month.

However, 12 points is a great deal to give a team that has talent near the level of Kentucky.

Sure, the Wildcats defeated Kansas by 32 points as a favorite by 7 points but the spread equalizes things and the Wildcats are just 5-5 this season against the number. With Poythress sidelined for the Wildcats, the team will have to readjust its platoon system somewhat and that could effective their production on offense.

The game should be a defensive battle with low scoring and I like North Carolina to cover.