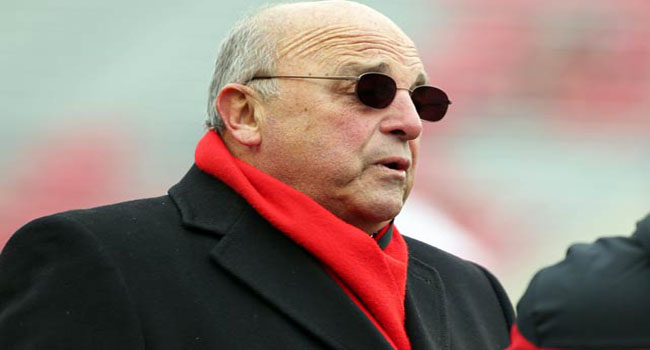 People change jobs for any number of reasons. Tops among those reasons is of course more money. There are very few among us who wouldn’t take a similar job to the one we currently have if it offered more money.

But there are other scenarios that factor into a person’s decision to take a job and I believe those are what caused Gary Andersen to leave Wisconsin.

Coaching changes at Florida, Michigan and even Nebraska were not surprises, but very few on the outside or the inside for that matter saw Andersen leaving the Badgers. His decision to leave for Oregon State has not only raised questions about the situation in Madison but in the entire Big Ten as well.

Andersen is believed to have left because he and his assistants didn’t care for Madison. They are mostly west coast guys who prefer living out there and that’s good enough for me. I get that… We also have heard Andersen was not pleased that he couldn’t bring many of the players he wanted into his program because of the academic standards.

This is where our problem begins…

No one denies that the most powerful football conference in America resides in the Southern and Eastern parts of this country. The past eight to ten years speak for themselves in terms of success on the football stage.

For eight straight years a team from the Southeastern Conference has played for the college football championship. The Big Ten meanwhile, the conference that Andersen has left, has played for just two titles in that same span.

So why the sudden shift after so many years of sharing power? There was a long time where teams from the Big Ten, SEC, old Southwest conference and Pac-8 used to consistently vie for titles and bowl games.

Even with expansion, the SEC has continued to pull away from most of the other conferences and most obviously left in the dust has been the corn-fed folks in the Midwest.

Big Ten Commissioner Jim Delany has some powerful things to consider going forward and Andersen’s departure will hasten those issues.

If the Big Ten wants to compete on the national stage and gain the respect they once had, then something has to be done to allow lesser academic athletes into its’ institutions. This will not be an easy thing to accomplish and there is growing sentiment that it might never happen.

I say “never” only because I would have thought the cash would have convinced them to jump on board the collegiate football money train by now. No one in the SEC will argue their academic standards don’t match those in the Big Ten.

They are all quality schools but do any actually compete with a Michigan, Northwestern or Purdue when it comes to academics? The answer is “no” and you won’t hear anyone apologize for it either.

The argument I consistently hear is about Ohio State. The Buckeyes belong to the Big Ten yet seem to have athletes similar to those in the South. My take is that OSU has figured out how to get these kids into the University.

If you look at the majors by not just OSU but also schools in the South you’ll notice plenty majoring in “exploring” and “general studies.” Get it?

Andersen’s leaving also brought out the issue of Wisconsin not paying assistants very well and that’s a viable cause for leaving but it’s obvious to me the Big Ten needs to decide if it wants to compete for football glory or continue to be the red-headed step-child to the SEC and beyond.