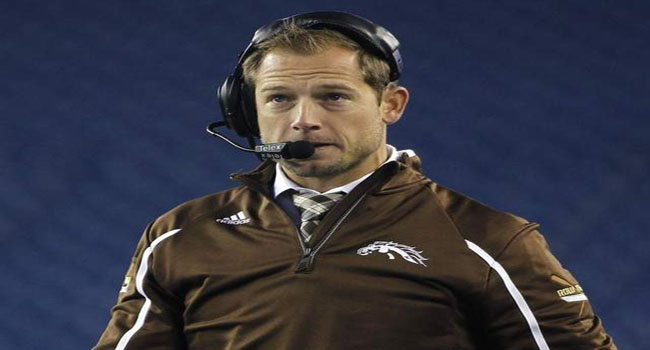 R+L Carriers New Orleans Bowl Nevada (-1) vs Louisiana-Lafayette (O/U 61) – These are two evenly matched teams that will open the 2014 bowl season. Both average about 31 points per game and surrender about 28 per game.

Trends: ULL is 7-1 straight up in their last eight and 5-1-1 against the spread in their seven games… Nevada is 4-2 SU in their last six games and their total has been UNDER in 14 of their last 18 games.

The Pick: ULL will have a decided home-field advantage but I like the Wolfpack to cover.

Gildan New Mexico Bowl UTEP (+10.5) vs Utah State (O/U 46) – The Aggies had won five straight before being blown out by a hot Boise State team. UTEP was just 2-10 last season under Sean Kugler who has turned the program around with a 7-5 record this year.

The Miners have a solid running game but they will be facing one of the top defenses they’ve seen all season.

Royal Purple Las Vegas Bowl Utah (-3.5) vs Colorado State (O/U 57.5) – The Utes enter having lost three of their last five games while the Rams have won four of five. The question in this one is about level of competition.

Did Utah’s Pac-12 schedule prove a better prep than did Colorado State’s MWC schedule? What worries me is that the Rams are very explosive offensively and Utah gives up over 26 points per game.

Trends: Utah is 9-4 straight up in their last 13 games and has beaten CSU in five straight meetings… The Rams have gone 9-1 SU in their last 10 and their total has gone OVER in four of their last five.

Famous Idaho Potato Bowl Western Michigan (+1) vs Air Force (O/U 58) – The Falcons were 2-10 last while the Broncos were 1-11. It goes without saying these two teams had the biggest turnarounds in college football in 2014. Because of Air Force’s dynamic triple option, Western Michigan has had to revamp its’ entire defense over the last 11 days which can always create some anxiety.

The Broncos score over 34 points per game though and have a great running back as well as solid receivers. Will the step up in competition hurt WMU though?

Trends: WMU is 6-1 straight up in their last seven games… Air Force is 5-1 SU in their last six games and the total has gone UNDER in six of their  last nine games.

The Pick: I want to go with Air Force badly but I think the Broncos cover in a shootout. Take the OVER as well.

I expect a lot of points in this game despite both teams hitting the UNDER a lot recently.

The Pick: Take South Alabama to cover and the OVER.