The last week of the NFL regular season has arrived. It is quieter in comparison to year previous. Nine of the 16 games in Week 17 of the NFL have meaning for the playoffs, with two others featuring teams that are playoff bound where their games do not mean a thing.

Three quarterback changes have been made since the start of the week.

However, surprisingly, the action in Week 17 this season has seen four games produce line movements of 1.5 points or more. Normally, the last week of the NFL season sees line movements that are atypical of a normal NFL Week since many variable come into play based upon the players playing or resting for the postseason.

Sharp bettors are holding back waiting to hear information that would give them the decided edge on any number prior to the books getting the same info.

The week’s biggest movement on a line had the Baltimore Ravens go from a home favorite of 9-points versus Cleveland, to 13.5 points, after it became known that Brian Hoyer would not play quarterback and Conner Shaw a rookie must take his place.

Cleveland is 0-4 SU in its past four games, while Baltimore can still make the playoffs with a win.

It is not often that sharp money finds itself at the worst of the line because their information often is spot on. However, they were late by 15 minutes, with info on the lacerated spleen of Alex Smith forcing him to sit out the Chiefs Sunday game versus the Chargers.

There was big movement on boards such as Bovada and topbet on Kansas City laying between -3 and -3.5 points and when most of the books moved it to -4, the news Smith would not play became public and the line retreated to -1. 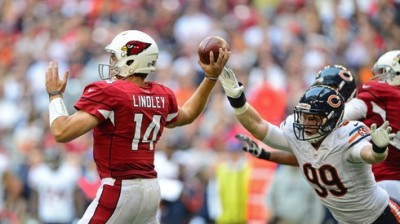 In the 49ers meaningless affair with Arizona, San Francisco opened at -4.5. Arizona can still clinch the title of the NFL West with a win and a Seattle loss.

New England has clinched home field advantage in the playoffs through the AFC Championship and therefore is just 3-5-point favorites over Buffalo when they could have been 9-point favorites. However, no one is sure how long the starters will play.

The Cowboys could still have a bye next week, but the likely scenario has they at home next week as the NFC East champs playing a wildcard opponent.