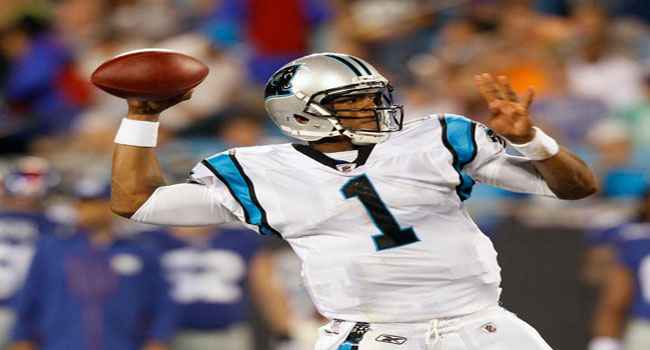 Arizona (+6) a Carolina (O/U 38) – The Arizona Cardinals are limping into the NFL Playoffs as they have seen their defense struggle and their offense sputter behind Drew Stanton and Ryan Lindley at QB. That doesn’t mean the Cardinals should be taken lightly because they still have the ability to shut you down defensively.

In Carolina, the Panthers may have finished under .500 but they are feeling great about themselves and rightfully so. The running game is thriving behind Jonathan Stewart and the defense gotten significantly more stingy in recent weeks.

Trends: The total has gone UNDER in five of Arizona’s last seven games… Carolina is 7-3 straight up in their last ten games against Arizona… The Panthers are 2-4 against the spread in their last six game against the Cardinals.

The Pick: Arizona will force Cam Newton to beat them with his arm, but I think his legs will be more important. Take the Cards with the points and the UNDER.

Baltimore (+3) at Pittsburgh (O/U 48) – The Steelers’ Le’Veon Bell has not practiced yet this week. On Sunday night, he hyper-extended his knee and at this point, I don’t think we’ll see him play. Despite signing Ben Tate this week, I think the Steelers will use Josh Harris who has been on the practice squad most of the year.

The Ravens will need Joe Flacco to find his groove after looking pretty average if not bad in recent weeks. The defense is not what it used to be but if it doesn’t have to deal with Bell, they may find themselves just having to defend the pass.

Cincinnati (+3) at Indianapolis (O/U 49) – Last time the Bengals came to Indianapolis they left without even scoring a single point. I have to believe they will have watched that tape a great deal this week to see where things went wrong. I definitely think you’ll see heavy doses of Jeremy Hill in order to set up play-action.

The Colts have leaked serious oil heading into the postseason and they have to hope they can find their groove. The rushing attack for Indy has been a struggle all season but they’ll need to find some semblance of it in order for Andrew Luck to have time to throw.

Trends: The total has gone UNDER in six of the Bengals’ last eight games… Indianapolis is 5-0 straight up in their last five games at home against the Bengals… Cincy is 2-5 against the spread when on the road in Indy.

The Pick: I like the Colts to cover and the OVER.

Detroit (+7.5) at Dallas (O/U 48) – The Lions received some good news when Ndamukong Suh’s suspension was overturned earlier this week which means he will play against the Cowboys. I believe his presence will have serious impact on the game but only if his team’s offense can find some success and that hasn’t been easy in recent weeks.

The Cowboys will do nothing special. They will run the ball with DeMarco Murray and Tony Romo will look for Dez Bryant in the passing game. If the Dallas defense plays well, this game could get ugly early.

The Pick: Take Dallas to cover and I like the OVER.