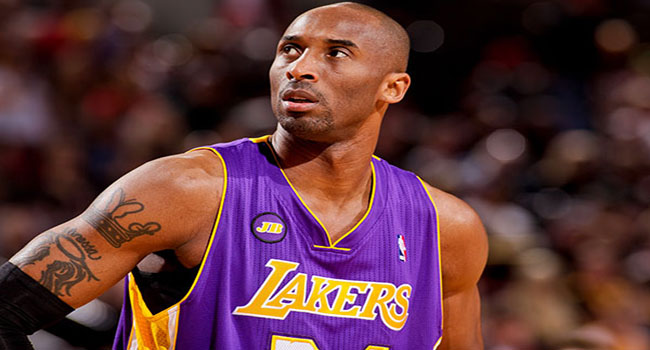 How in the world do I settle on just one or two topics with so much going on? My bullets are back and it’s time to pull the trigger!

-Kobe Bryant recently ripped on the AAU basketball program saying that European players are more skillful than are kids who come from the American feeder system. “Teach players the game at an early age and stop treating them like cash cows for everyone to profit off of,” he said. “That’s how you do that. You have to teach them the game. Give them instruction,” said Bryant. I could not agree more.

-Rajon Rondo returned to Boston for the first time since being traded to Dallas. He tossed in 29 points in the Mavs’ 119-101 win over the Celtics.

-Following the Philadelphia Eagles’ late-season collapse, the team has re-structured the front office with Head Coach Chip Kelly gaining control of player personnel and General Manager Howie Roseman has been elevated to Executive Vice-President of Football Operations. Rarely do these situations work well when a coach is given so much power. Wonder if the team has an Assistant to the Traveling Secretary?

-As of right now, Oregon is a seven-point favorite over Ohio State in the National Championship Game and I like the Buckeyes getting those points. I just don’t see the Buckeyes making the same mistakes that Florida State did in the Rose Bowl and I think the OSU offense can be more dynamic than the Seminoles.’

-Speaking of the College Football Playoff I think there are a couple of important notes coming out of the first-ever semi-final games. The television numbers were outstanding for both games and I’ll get to the point on that in a second, but where the “powers that be” need to focus on is time. The Rose Bowl,which was a blowout, scored better ratings than the Sugar Bowl which was a highly competitive game. What this proves is that people just won’t stay up until 1am Eastern no matter how important or good the game.

-The second part of the CFB Playoff scenario is that it’s popularity across the country means that playoff expansion is coming. I think we are about five or six years away from an expansion to eight teams but the TV numbers were just too good not to discuss it. The one issue here is where to play the games. The Rose Bowl had trouble filling seats and I think an argument could be made to play these games on campus in the first-round at least.

-I had no idea former Buffalo Bills’ coach Doug Marrone was such a hot commodity. Days after opting out of his contract, he’s rumored to a favorite in several cities. His Bills took a step forward by going 9-7 this year behind an aggressive defense but the offense was really flat. Not sure what the draw is here.

-For all the dislike of Jameis Winston because of his off-field problems and immaturity, my concern about his potential pro career is his pocket presence and long delivery. Seems to me that he gets very discombobulated in the pocket when there’s any significant pressure and his throwing motion is not what I’d call “quick and efficient.” Almost reminds me of Byron Leftwich.

-One note on the National Hockey League’s Winter Classic… I think the NHL has to consider moving the game for two reasons. Number one is that it can’t compete if college football continues its’ playoff semi-finals on the same day. Also, the NHL should re-consider the start time as well to get a more optimum viewing audience. I love the Winter Classic but the NHL has to do a better job of making its’ stars available at better times.