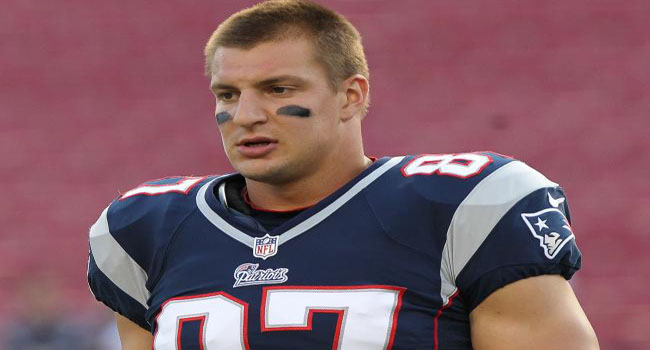 Once again my ADD has set in and I can’t focus on just one or two or even three specific items for the blog this Sunday morning so once again I firing some bullets your way in an effort to cover numerous thoughts in my mind.

-Tom Brady and the Patriots were staring yet another loss at home in the playoffs to the Baltimore Ravens. Down 14-0 and then 28-14, the Patriots rallied and finally took their first and only lead of the game with five minutes to go to win 35-31. Ravens’ QB Joe Flacco who had been so unflappable in the playoffs threw two crucial interceptions to allow the Pats’ comeback.  New England will play the winner of today’s game between Indianapolis and Denver in the AFC Championship game next Sunday.

-Is it just me or are more NBA stars missing games at a higher rate than ever before? We know how the San Antonio Spurs operate and who can argue? Resting their aging stars has paid dividends but now we see even more teams doing the same thing. While LeBron James is on his two-week rest due to his knee and back, there are rumors that he was convinced to take the time off to rest period. Maybe it’s just me but I don’t remember so many stars missing so many games in the 1980s’.

-In Seattle, the Seahawks relied on three Carolina turnovers and a couple of big plays en route to a 31-17 win. While I thought Seattle would cover, I didn’t expect to the Panthers out-gain the Seahawks and hold the ball considerably longer. Regardless, the Seahawks are into the NFC Title Game and will await either the Dallas Cowboys or Green Bay Packers next week.

-Ravens’ Coach John Harbaugh was steamed after the game because of a formation the Patriots used three times. In it, the Pats only had four offensive linemen and six eligible receivers. One of those players reported as “ineligible” and was not involved in the play other than to block. Harbaugh claims this is illegal and was flagged for unsportsmanlike conduct for running onto the field to argue it. He claimed his players didn’t have time to determine who was eligible and who wasn’t. I’ll be checking the rule book today.

-The Major League Baseball hot stove was burning hot this fall but has since cooled dramatically. Oddly enough the most sought-after free agent is still unsigned. Right-hander Max Scherzer is still a man without a team. It was thought he would never be able to return to Detroit simply because the money he wanted would be too much. Maybe not… The latest rumors I’m hearing are that Scherzer has narrowed his choices between the Tigers and his hometown St. Louis Cardinals. Stay tuned.

-The NFL Regular Season officially ended December 28th but a few players have wasted little time in getting in trouble with the law. Saints’ LB Junior Galette was arrested for domestic violence while Vikings’ DB Jabari Price was arrested for a DWI. Then yesterday, the Jets’ Chris Johnson was arrested for having a registered firearm out in the open when he was stopped for a traffic violation. There will sadly be more of these as the offseason comes.

-There has been substantial talk this season about John Calipari’s Kentucky Wildcats going unbeaten for the entire 2014-2015 season but in the last week the Wildcats are finding out just how tough it will be. Yesterday they defeated Texas A&M in two overtimes while earlier in the week they survived Ole Miss winning by three points. Calipari says his team isn’t very good right now and perhaps he’s right.