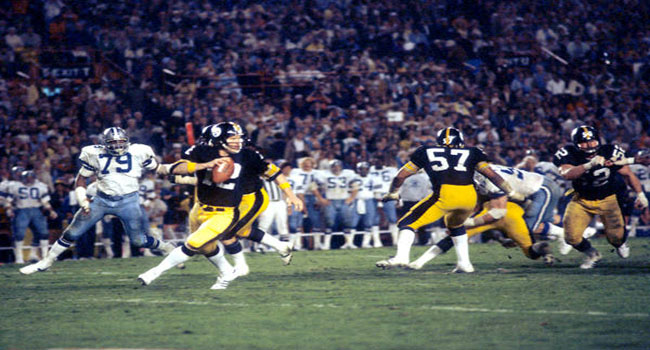 As we have now entered the official “Super Bowl” week, I think it’s important to share some history of betting the big game. Obviously, there is no event in America that has more action in a given year than the Super Bowl.

The amount of money wagered on this game every winter is enough to run most nations for a calendar year if not longer. If you are going to be one of those millions of folks who are going to lay money on the championship of American Professional Football then let’s check the history books for some perspective and analysis. Any piece of information you can get your hands on is is crucial.

Favorites in the Super Bowl have gone 33-15 straight up in the previous 48 games. They are also 26-18-2 against the spread. The National Football Conference holds a 26-22 advantage and has won five of the last seven Super Bowls.

The largest upset in the game came way back in Super Bowl III when the New York Jets defeated the Baltimore Colts 16-7. The Jets entered as 18-point underdogs.

In terms of the Over/Under, the Over has ruled in 25 of the 48 games. Super Bowl I did not have an O/U so means the Under was the right play 22 times. The Over has won three of the last four and is tied with the Under with five victories each in the last ten Super Bowls.

In terms of the recent history of underdogs, they have won six of the last seven Super Bowls including last year when Denver entered as a -2.5 point favorite over the Seahawks. The only favorite to win during that stretch was Green Bay in Super Bowl XLV.

The most infamous Super Bowl in terms of betting was Super Bowl XIII. This was the second of three Super Bowl meetings between the Pittsburgh Steelers and Dallas Cowboys. The Steelers opened at -4.5 but as the game neared, it fell to -3.5 with heavy action on Dallas. The Steelers were victorious 35-31 so Vegas bookies were hit hard.

Many bettors took the Cowboys on that early -4.5 line while many jumped on the Steelers when it went to -3.5. This has since been known as “Black Sunday” to many in the sports gambling business.

As we move our focus to this year’s game, our friends at Bovada currently have the New England Patriots listed as two-point favorites over the defending champion Seattle Seahawks.

If we look at the pattern over the last ten Super Bowls we can come up with the following:

If we like the Patriots as the favorite at -2, then your chances are strong. Winning 33 of 48 is pretty solid.

If we are talking about playing the Over/Under then we are going to suggest the Over based on recent results. If we go based on all of the Super Bowls, then this decision really does come down to a coin flip as we’re very nearly at 50%.

Since 2000, the NFC has been the Super Bowl favorite only four times. The St. Louis Rams twice (1-1), the Packers (1-0) and the San Francisco 49ers (0-1). Outside of the Packers win, the other three times saw the Rams not cover against the Titans, the Niners lose straight up to Baltimore and the Rams losing straight up to the Patriots.

With all that swirling around these Patriots, you have to ask yourself whether it will galvanize them or ruin them? That said, you must still look at the history because it tells an awful lot.