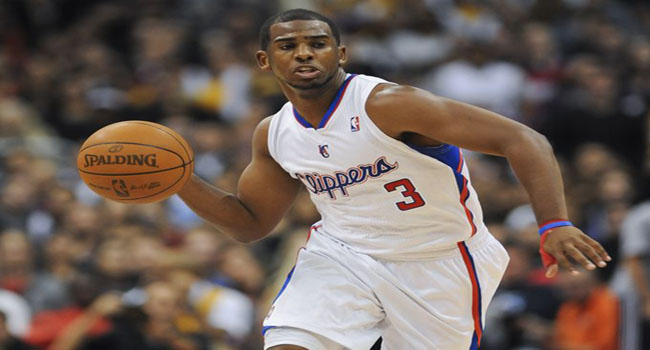 In the old days, this weekend was the one where there was that last taste of football for basically a half a year. The NFL Pro Bowl for many years in my lifetime anyway was always played the Sunday following the Super Bowl. That tradition no longer exists as the Pro Bowl is now played the week prior to the Super Bowl.

Therefore for my football-loving friends, we are stuck without our favorite sport for the foreseeable future. Then again, the NFL Combine is in just a few weeks…

On to the bullets.

-While I think Chris Paul of the Los Angeles Clippers could have chosen his words more carefully Thursday night, I really don’t believe he was attacking referee Lauren Holtkamp. In her first season as an NBA official, Holtkamp T’ed up Paul during the game against Cleveland. Afterwards, Paul felt the technical foul was undeserved and added “If that’s the case, this might not be for her.” Many felt Paul was criticizing her because she was a woman and I don’t think that’s the case here. He was clearly frustrated and I feel his shot was more at her inexperience than anything else.

-There was a time when I really enjoyed watching Tiger Woods play golf but now I’m really starting to wonder if we weren’t duped a bit by the 14-time major winner. Woods withdrew this week from a tournament at the very course he won his last major in 2008. This is now the sixth time Woods has WD’ed and in every case it was due to injury. Not surprisingly, he was also out of contention on each occurrence as well. As his body breaks down I can’t help but wonder if Woods was in fact a user of PEDs. Ironically, it was July of 2008 when the PGA started drug testing. Take it for what you will.

-Fresh off the heels of his thoughts on banning the defensive shift in baseball, MLB Commissioner Rob Manfred has added that he’d like to see a bidding process take over as the way to find All-Star Game locations. For the previous 82 years, the game has rotated between National and American League ballparks but this year and next, the game will be in National League parks. By moving towards a Super Bowl-like bidding process, I can’t help but imagine we’ll be seeing All-Star Games in New York, Chicago and Los Angeles on an annual basis.

-The Atlanta Falcons admitted this week that they were piping in artificial crowd noise to make the Georgia Dome louder. Therefore, the environment would be tougher for opposing teams. This same claim has been leveled many times against Indianapolis but has never been admitted to or proven. My question is this; if this is illegal, then why were the Seattle Seahawks allowed to build a stadium that creates more natural noise than any other?

-I have to admit it’s pretty cool to look at the standings in the NBA see teams up there that we aren’t normally used to seeing. In the Western Conference, you have Golden State and Memphis while in the East you have Atlanta and Toronto. As much as I like to see the Boston’s, LA’s and Chicago’s of the NBA up there it’s nice that these other cities get a chance to shine and feel the air of a top basketball team.

-Believe it or not, March Madness is just around the corner.