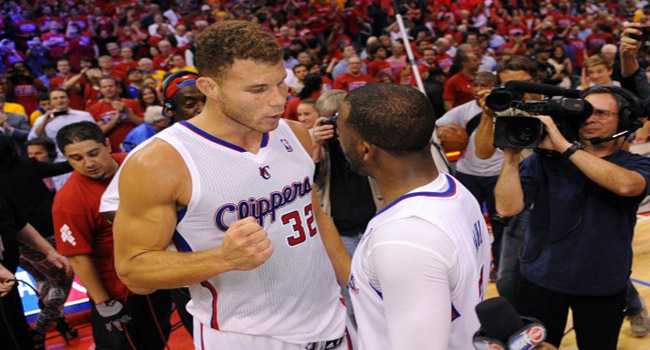 I’m sure if I really sat down and looked it over I could probably find another Sunday with four better match-ups in the National Basketball Association but the ones I have for you today are pretty darn good.

LA Clippers (+3) at Oklahoma City (O/U 209) – The Thunder are three games out of the final playoff spot in the Western Conference and have gone just 5-5 over their last ten games. The Clippers come to town having lost three straight and are dealing with Chris Paul’s comments about a female official.

I don’t think that will linger much longer now that he’s been fined $25,000 but LA needs to be careful. They are after all a half game from slipping into the seventh spot in the West.

The Pick: I like the Thunder today and the UNDER.

Atlanta (+3.5) at Memphis (O/U 196.5) – The Hawks have won nine of their last ten games and are coming off a defining win over Golden State. They’ve stretched their lead in the Eastern Conference to eight games over second-seeded Toronto.

Memphis has won eight of their last ten games and is in second out West just three games behind the Warriors. The Grizzlies have also been very good at home where they’ve gone 21-5 this season.

The Pick: Don’t be surprised if the Grizzlies win but I like the Hawks getting the points and I like the OVER.

San Antonio (+1.5) at Toronto (O/U 201.5) – The Spurs come to Canada having had some good recent success over the Raptors and they’ve won eight of their last ten games which puts them in the eighth spot in the very competitive Western Conference.

Toronto has had a very nice stretch of 7-3 in their last ten contests but seven of their 17 losses have come against the West. I have no doubts that they’d like to get some quality wins over the better Western teams.

The Pick: Take the Spurs getting the point and a half take the OVER.

Portland (+4) at Houston (O/U 204) – These two teams have combined to win 15 of their last 20 games and are separated by a mere game in the Western Conference. It’s difficult to ignore the success Houston has had against the Blazers in Clutch City.

The Pick: I like the Rockets to cover at home and I like the OVER as well.