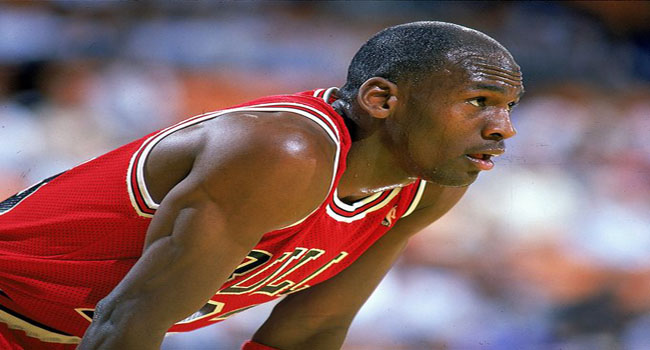 Fair or unfair, those of us who were alive to watch every second of Michael Jordan play basketball in college and in the NBA have naturally compared LeBron James to him. Much like the natural cycle of life, comparing great players in any sport is a rite of passage. I have always found the comparisons of players from different eras to be fruitless.

While team titles are typically used as one of the more important factors in deciding what player is better, that shouldn’t always be the overriding fact either. Karl Malone and Charles Barkely never won titles but should that detract from their greatness? Will Kobe always be second fiddle to Jordan because he will likely finish with five titles to Jordan’s six? Keep in mind, Bryant has surpassed Jordan in all-time scoring but will he ever be put atop of his Airness?

More than likely not.

Let me get back to my original thought about Jordan and LeBron… I couldn’t help but wonder this week about social media and Michael Jordan. What would Jordan have been like had social media been around as it is today?

I ask this because of a tweet LeBron James directed at Kevin Love. First of all, this is what the tweet read: “Stop trying to find a way to FIT-OUT and just FIT-IN. Be apart of something special! Just my thoughts.”

Once that comment made the rounds, it became clear it was directed at Love who admitted a day after that he was a bit taken aback by it but didn’t have a problem with it. I credit Love for taking the high road here and I wish I could do the same with LeBron.

Can you imagine Jordan taking the passive-aggressive approach that James did? I’m almost in a complete chuckle over the thought. No one in modern sports’ history was as notorious for getting after his teammates like Jordan did. Read any definitive book on Jordan or books by his teammates and they’ll tell you that Jordan had complete authority things even got to the point where Jordan would challenge players by hitting them.

While that last part may have in fact gone a bit overboard, it sure as heck beats the move by James.

If LeBron had something to say to Love then he should have said it in-house and behind closed doors. I’m not letting Jordan off the hook because there were times when he would make comments to the press about guys needing to play better but he didn’t hide from his comments either.

I realize I’m from a different generation than the one currently playing sports today but isn’t there still a “proper way of doing things?”

Great leaders know how to motivate their teammates and maybe James is a better leader than I give him credit. Perhaps he’s been around Love long enough now to know that this was the best way to get his attention and motivate him. He did have his best game as a Cavalier immediately following the message.

Still, I don’t think Jordan would have ever taken this course of action and I hope LeBron chooses a more private course himself in the future. While comparing these two will never end, one area I think Jordan clearly has an advantage is his assassin’s attitude and ability to lead others.