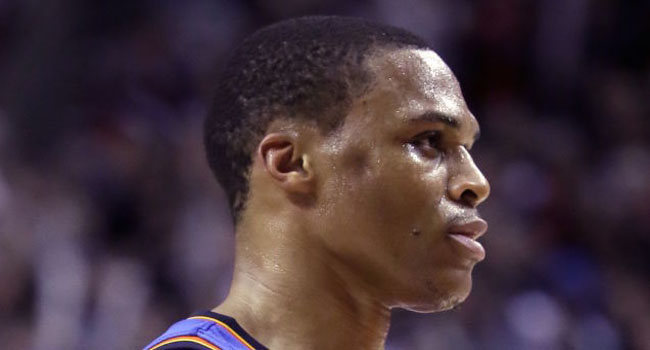 With numerous goings on in numerous sports, I’m giving you a little bit of everything as the third month of 2015 begins.

There was a time when it was extremely rare for fans to get a hold of hats, shirts or jerseys of their favorite teams and while that difficulty no longer exists the Pittsburgh Pirates have to wish it still did. With the revealing of “Jihadi John” of ISIS this week, a photo of him surfaced wearing a Pirates baseball cap and it has sickened not only the fans but the Pirates’ organization. It’s too bad you don’t actually have to do something to prove your fandom.

Remember the saying, “Do you want another hole in your head?” While a hole is not what Oklahoma City’s Russell Westbrook has after being kneed in the head inadvertently by a teammate. Westbrook had a clear ‘dent’ on the right side of his face and he had surgery to repair the zygomatic arch bone which is officially part of the cheek. He’s out for today’s game against the Lakers and will be re-evaluated this week,

Kentucky rolled to another SEC victory yesterday as they knocked off a pretty good Arkansas team. I have a really hard time seeing the Wildcats get beat before the NCAA Tournament begins. Yes, they could face some challenges in the SEC Tournament but once tourney time hits I expect them to be even better.

In what is already a weak quarterback class, both Jameis Winston and Marcus Mariota have separate issues that teams considering them will have to contend with as the draft approaches. Winston’s issues are obvious; can he mature enough to make off-field problems a thing of the past? For Mariota, the issue might be bigger. I worry about him having to take traditional three, five and seven step drops at the pro level. It might not sound like a big deal but trust me, it is.

RIP Anthony Mason. The former New York Knick was the epitome of basketball in the mid-1990s when the game went from a fast-paced, back and forth style to an aggressive, physical style ushered in by the ‘Bad Boy’ Pistons. Mason played with the Knicks and Patrick Ewing when they made the NBA Finals in 1994 and lost to the Houston Rockets. Mason was consistently at the epicenter of the chaos in the sometimes brutal and physical Eastern Conference Playoffs. Whether it was the Jordan-led Bulls or the Alonzo Mourning Heat, Mason was a physical presence not to messed with.

The Cleveland Browns did their due diligence in getting Josh McCown to come to them for the 2015 season. McCown will not be any kind of savior for Cleveland at 35 years of age but with Johnny Manziel in rehab and Brian Hoyer likely heading elsewhere, the Browns acted wisely to get a veteran QB into the fold. McCown was 1-10 last year with Tampa Bay and perhaps the reason the Browns liked him was that his one win was over the Steelers. Still, one has to wonder just what the direction of the Browns is.

While the NFL toys with the idea of one or possibly two teams in Los Angeles, a new study says a new stadium there would immediately be a terrorist target. While terrorism is nothing to joke about, why should we assume that a stadium in LA would be any more of a risk than one in New York or Chicago or Kansas City for that matter? Obviously bigger cities are better targets for terrorists but I don’t think we can just say the others aren’t susceptible as well.