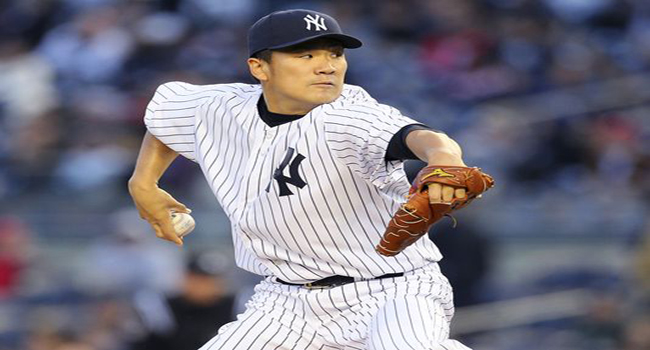 Boston Red Sox 11/2 – Pablo Sandoval may have shown up to Spring Training looking like Barney from “The Simpsons” but he is still being relied upon to deliver after the BoSox acquired this offseason. Offensively I think Boston will be fine. I am a tad concerned about the lack of a stud leading the rotation but this should be a good team in 2015.

Los Angeles Angles 6/1 – The Angels racked up 98 wins last season and the team appears to be largely the same. Even with Josh Hamilton’s pending suspension, LAA should be right there in the mix for the pennant.

Chicago White Sox 7/1 – This should be one of the more entertaining teams in the AL to watch. There’s plenty of offensive firepower now and the only question is how far can the pitching take them? Chris Sale will miss the opener after he injured himself getting out of a pool. Either way, this could be the team to beat in the AL Central.

Seattle Mariners 7/1 – Robinson Cano has some help in the lineup now and that’s something he didn’t have last year. Nelson Cruz and Seth Smith should both give Cano better looks at the plate. If the pitching can follow the lead of King Felix then this could be a team right there at the finish.

Detroit Tigers 8/1 – The Tigers have had a wonderful run dating back to the arrival of Dave Dombrowski but is age finally catching up to them? Both Victor Martinez and Miguel Cabrera are banged up entering the season and what can they expect from Justin Verlander who has been average the last two seasons?

Cleveland Indians 9/1 – The Indians return Cy Young winner Corey Kluber and a lot of youth that gained valuable experience last year as the Indians pushed both Detroit and Kansas City to the brink. I can see this team winning the division or finishing well back in the pack. That’s how hard they are to figure out right now.

Toronto Blue Jays 10/1 – The Jays added Josh Donaldson and field general Russel Martin but how much will they improve the team? Toronto was right there for a good part of the season in 2014 so can they see this year to the end?

Oakland Athletics 12/1 – Count me as one who thinks the A’s take a step back this year. Yes, there are some new faces, the outfield is the same and there are two good starters leading the rotation but this division will be a bear and I don’t see the A’s winning the pennant.

Baltimore Orioles 14/1 – Most people would say the Orioles did more than expected last year especially with Chris Davis having a brutal year. The Birds do get both Manny Machado and Matt Wieters back so perhaps they will be in the race again but pitching depth will be vital.

Kansas City Royals 14/1 – The Royals aren’t returning to the World Series this year but they should still be competitive despite the loss of James Shields. If the bullpen is as successful as it was last year than anything is possible but I see a step back here.

New York Yankees 14/1 – The Yanks have potentially deep rotation and solid bullpen. If they can get through the early portion of the season where all the talk will be “A-Rod” they could be right there. The first season without Derek Jeter in the locker room will be curious to watch as well.

Texas Rangers 22/1 – The Rangers were devastated by injuries last season and this year isn’t starting much better. Shortstop Jurickson Profar is likely out for the season with a shoulder injury. Yu Darvish is expecting a big season but how much can he do?

Houston Astros 28/1 – Houston added guys like Jed Lowrie and Evan Gattis but at the end of the day this will continue to be a team on the rise rather than one that will compete.

Tampa Bay Rays 33/1 – Beloved manager Joe Maddon is in Chicago and these Rays have very little depth. This will be nothing short of a miracle if the Rays can even get to .500.

Minnesota Twins 50/1 – Well, at least the fans have a lovely stadium to attend games in…. Sorry, this isn’t happening in the Twin Cities in 2015.

My Favorite: I love the Mariners. They’ll fly under the radar in the Pacific Northwest before it’s too late for most opponents to notice.