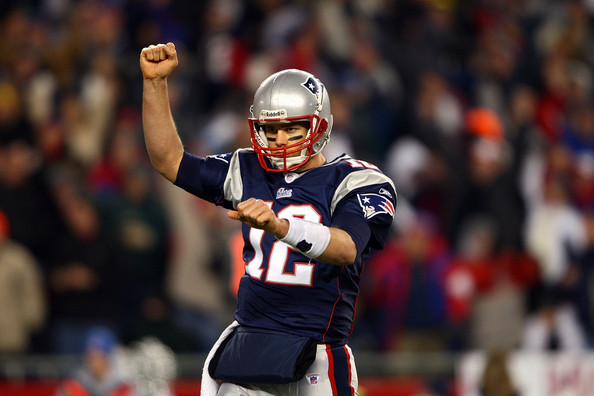 Although this and other games slated for Thursday night may simply be the NFL equivalent of a public park pick-up game, the chance to take a first look at the newly-revamped line-ups, especially the revamped defensive unit of the Patriots, should provide plenty of excitement and reasons to watch, even if first-team starters spend little time on the field.

One of the biggest question marks heading into preseason play is the Patriots’ defensive unit, which has seen a number of personnel changes and a handful of interesting additions. The introduction of Albert Haynesworth to the Pats defense is certain to be a talking point during the preseason, and into the regular season as well. However perhaps more even exciting for Pats is the other handful of veteran additions to their defensive line including Gerard Warren, Shaun Ellis, Mark Anderson and Andre Carter, whom we may only see limited action from in the coming weeks of preseason play, but will definitely get enough time in tonight and through the preseason to get a feel for how the players are syncing together. We’ll also get to take a look at what sort of defensive scheme the Pats plan on running this season, with questions over whether a 4-3 or a 3-4 package will be the go-to formation, and also what we can expect from the linebacker corps and defensive backfield, which as of now contain many question marks.

The Quarterback position is an interesting note in this game, as we should see Tom Brady march out for the Patriots and try to sync up with newly-added Chad Ochocinco, as well as the rest of his talented receiving corps which includes veterans Wes Welker and Deion Branch. Expect to find Ryan Mallett getting a few looks while current 2nd-string QB Brian Hoyer gets the bulk of the work on the evening. This perhaps is where the Patriots look good as an actual betting option tonight: Hoyer has had fair experience in preseason games, and other than Tom Brady, will have the most experience of any QB on the field tonight. With Jacksonville’s defense also getting a big overhaul, Hoyer could be primed to carry the Pats to victory, and cover the 4 point spread tonight at home.

On the Jaguars side of things, 2011 looks like a rebuilding year, and quite possibly a painful one at that. As mentioned, the defense is getting overhauled, with the secondary the biggest concern and most in need of improvement this season, and the defensive line and linebacker corps not looking to be improving that much this season. On the offensive side, QB David Gerrard is sidelined with a back injury heading into tonight’s match-up, so the brunt of the load is place directly on the Jag’s first-round draft pick, QB Blaine Gabbert. Maurice Jones-Drew is always a threat at running back, but we’ll probably see more of Richard Murphy, drafted this year out of LSU, than we will MJD. While Jacksonville also will be trying out QBs Luke McCown and Todd Bouman, Gabbert is expected to see a full half of play at the most. That could be a good or bad thing in tonight’s match-up; watching Gabbert in college, we saw a poised, accurate QB when he could sit in the pocket and throw downfield. When he’s pressured and on the run, broken plays became the norm with many incomplete passes. Luckily, the Jags’ offensive line remains pretty solid, and could offer protection for Gabbert tonight, and added confidence over the year.

Still though, the bottom line is this; New England is building a Super Bowl contender, with a great offseason, a solid crop of veterans, and perhaps one of the best head coaches to ever helm a team. The Jaguars are simply building, for what, we’re not sure. While the Jags might show signs of life here and there, they’ll likely fall a little flat tonight, and during the season. For tonight’s match-up look for the Pats’ to come away with a touchdown advantage or more at home, giving New England fans a little taste of the excitement they should expect throughout the upcoming season and into the playoffs.