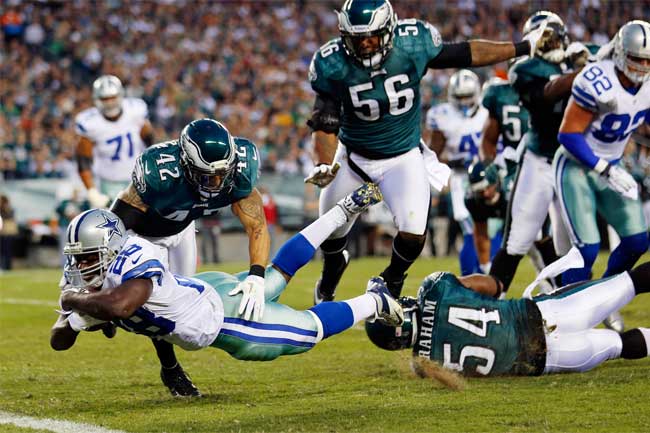 Just six days after failing miserably under the lights, Philadelphia (3-8, 1-4 road) returns to primetime to take on Dallas (5-6, 2-3 home) on Sunday Night Football.

The Eagles’ well-reported nosedive took another turn for the worse as the Carolina Panthers sauntered home with a 30-22 victory, leaving Philadelphia staring blankly at a seven-game losing streak.

The Cowboys meanwhile have had their own struggles – not least last week’s division loss to Washington – but remain within touching distance of the Wild Card chasing pack.

Dallas will be looking to defeat Philadelphia for the second time this season, keeping its postseason hopes alive in the process.

The Eagles should be fighting for respect and their figurative lives, but whether the team shows up remains to be seen. Plenty believe that head coach Andy Reid and quarterback Michael Vick will both be goners by the end of the seas, while Bovada has Philadelphia as 5/1 to lose its remaining five games of the season, conjuring up a 12-game losing streak.

Whilst this will not be the big time division rivalry we’ve come to expect over the years, there is plenty at stake as the two sides take the field in Cowboys Stadium this Sunday night.

When Jerry Jones built the modern spectacle that is Cowboys Stadium, he expected its residents to win. For one season, he got his wish. The Cowboys posted a 6-2 home record in 2009, the $1.3 billion stadium’s inaugural season. The team even went on to defeat Philadelphia 34-13 in the playoffs that season.

Since the 2009 season, the Cowboys have been anything but dominant at home. 2010’s 2-6 home record was a woeful low point, and part of a 9-12 record at the stadium that has seen the Cowboys almost succumb to irrelevancy.

The Cowboys are 16-14 at Cowboys Stadium all time, and host a Philadelphia Eagles side that has so far posted a 2-2 record at the venue.

Dallas leads the all-time head-to-head 60-47 but it has been Philadelphia that has gotten the better of recent matchups. Since Andy Reid took over coaching duties in 1999, the Eagles have posted a 17-11 record against the Cowboys, including an 8-6 record in Dallas.

Dallas has not won a home game against the Eagles since Jan. 9, 2010, the side’s sole playoff victory since 1997. That win actually came six days after the Cowboys defeated the Eagles at Cowboys Stadium in Week 17 of the regular season.

The Cowboys defeated the Eagles 38-28 in Week 10, a game that saw Texas side come back from a 17-10 deficit late in the first half. Prior to the victory, Dallas had lost three of five against the Eagles.

Whilst the Eagles have fared well against the Cowboys in recent years, bookmakers like Dallas at home, in this game at least. The Cowboys opened as nine-point favorites, a figure that has risen to 10½ ahead of kickoff.

The Eagles have been horrific when it comes to covering the spread. The team’s 1-9-1 ATS record is the worst in the league. Dallas hasn’t fared much better (4-7-0 ATS), but compared to the Eagles, the Cowboys look like a safe bet.

The over/under is set at 43. Both teams have seen the total go over in five games and under in six games this season. The game earlier this season saw a massive 66 points put up on the board, which would suggest taking the over was sensible, but in reality that was the first time the two teams had combined for more than 43 points in four games. The last ten games between the sides have split evenly in going over and under the 43-point marker. 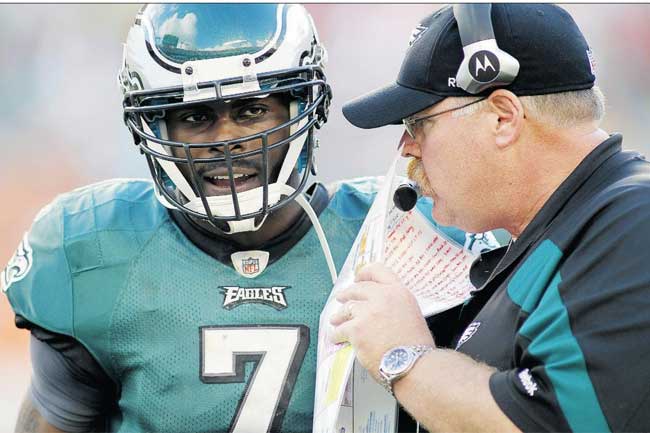 For the first time this season sports fan will have the choice of football or basketball on a Monday night when they get home and switch on their television sets tonight.

Of course, die hard football fans won’t want to miss a minute of Monday Night Football while fans of the round ball have an eight game slate to choose from, meaning there’s betting a plenty for everybody tonight.

When a Monday Night Football game features teams with a combined 5-9 record you might first ask what the schedule makers were thinking before deserting football in favor of something altogether different.

Three early wins for the Eagles have been followed by four losses, and questions as to whether Andy Reid should still be in a job. The Saints meanwhile stunk the joint out to start the season, before coupling together a pair of wins. Last week’s primetime loss to Denver suggested that the Saints hadn’t yet turned the corner.

Both teams need a win tonight. Desperately need a win. New Orleans to have any hope of remaining in the postseason picture – those fingertips are slipping away quicker and quicker – and Philadelphia to avoid any more questions about Reid and Michael Vick’s suitability.

Odds: The Saints opened as 1½-point favorites and have seen that stock rise to three-points. The over/under is 52.

Take: New Orleans – Despite a setback last week, the Saints have had more to be pleased with over recent weeks than the Eagles, who look intently focused on having a disastrous season. The Saints are at home which could play a huge factor here, while Philadelphia has only won one of the last three meetings. Take the Saints to cover the short spread, with the total going over.

Both teams will be looking to assert themselves in the Atlantic Division, which looks as though it could be one of the toughest divisions in basketball this season. Only Toronto appears to be a flop.

Odds: New York’s victory over the Sixers last night hasn’t transferred to tonight’s odds. The Knicks are underdogs (+4) on the road. The over/under is 189½.

Take: Philadelphia – Away from the emotions of the Big Apple, it’ll be interesting how the Knicks fare. The chances are they’ll be a letdown of sorts. The Sixers will take advantage and narrowly cover the spread in a close game. Take the under on the total.

Indiana (2-1, 1-1 road) travels to San Antonio (3-0, 2-0 home) with the tough task of beating the undefeated Spurs. The Pacers have yet to find true form and will hope a big game against Tim Duncan and the Spurs will be the catalyst to take charge of the Central Division.

San Antonio will look to improve to 4-0, putting the Lakers and Thunder further behind in the rearview mirror, something few experts predicted preseason.

Odds: Indiana enters the AT&T Center as underdogs (+6½) against the undefeated Spurs. The over/under is 194½.

Take: San Antonio – The Spurs have never started a season 4-0, an  unbelievable trend considering the team has won 50-plus games 13 years running. It’s time for history to be made. Take the Spurs to cover the spread and the under to go under.

Let’s be honest, a match-up between Golden State (2-1, 2-0 road) and Sacramento (0-3, 0-0 home) rarely makes your radar, unless you live in Northern California of course. But this game has a number of advantages going for it.

Firstly, if the Saints-Eagles game is a blowout, you can switch channels and catch the game, indulging in some in-game betting if you so desire. Secondly, there will be precisely zero defense played in this one which should at least be interesting. Thirdly, the Warriors might not suck this season, and an early encounter with perennial doormat Sacramento should give us some idea of what to expect from Mark Jackson’s side this year.

Odds: The Kings are favorites (-3) in the home opener at renamed Sleep Train Arena. The over/under is 202½.

Take: Golden State – The Kings (along with the Wizards) look set to be this season’s long losing streak side. It’ll probably be 10 games in before the team gets a ‘W’. Take the over as these two sides should light-up the scoreboard.