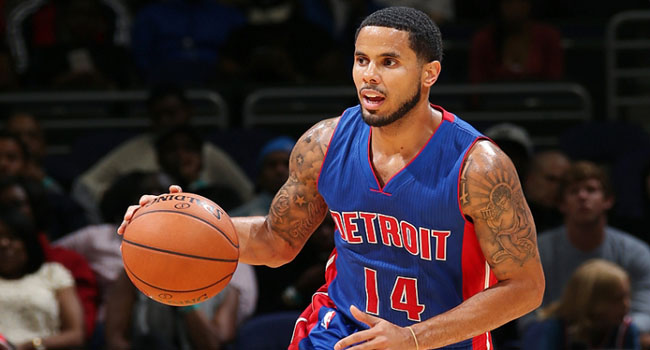 There are some really interesting lines tonight and just as interesting are some of the trends too. As the Knight of the Templar told Indiana Jones, “Choose wisely.”

Detroit (+2) at Charlotte (O/U 191.5) – The Pistons were playing so well following the dismissal of Josh Smith and then Brandon Jennings went down with his season-ending injury. D.J. Augustin has actually played pretty well in his absence averaging over ten points and almost five assists per game. Still, the Pistons are two games out of the final playoff spot and it’s not going to be easy.

The Hornets are in the seventh seed but have lost two straight despite winning six of their last ten. With Kemba Walker out indefinitely and Michael Kidd-Gilchrist day-to-day, Hornets could be in trouble.

The Pick: Take Detroit and the OVER.

Brooklyn (+11.5) at Memphis (O/U 190) – The Nets are dead even with the Miami Heat for the final playoff spot in the Eastern Conference but would lose the tie-breaker if the season ended today. Brooklyn has actually been better on the road than they have been at home but I’m not sure that will help here.

Memphis continues to put pressure on Golden State in the West. Right now, the Grizzlies are three games back. What’s gone in Memphis has been impressive and I don’t see this team going away any time soon.

The Pick: Take the Nets getting those points and the OVER.

Houston (+2) at Phoenix (O/U 214.5) – The Rockets come to the desert six games out of the first seed in the Western Conference but they have teams breathing down their necks. Portland, Dallas, the LA Clippers and the defending champion Spurs are all within three games of Houston.

The Suns find themselves currently hanging on to the final playoff spot by the skin of their teeth. New Orleans is a game back and Oklahoma City is two games behind. Phoenix must win games at home and needs to try and beat teams ahead of them in the standings.

The Pick: Take the Rockets getting the points and the OVER.

Denver (+2) at LA Lakers (O/U 198.5) – These two teams have combined to lose nine straight games and they’ve also combined to win just two games in their last 20. The Nuggets are just 7-19 on the road this season and they are a full eight games out of the last playoff spot in the Western Conference. In other words, they aren’t making the playoffs.

The Lakers are a mess on and off the court as disgruntled players have started to speak out a little more than the Lakers’ front office would like. Between injuries and an overall lack of talent, this has just not been a good run for the purple and gold.

The Pick: I’ll take the Nuggets getting the points and the UNDER. 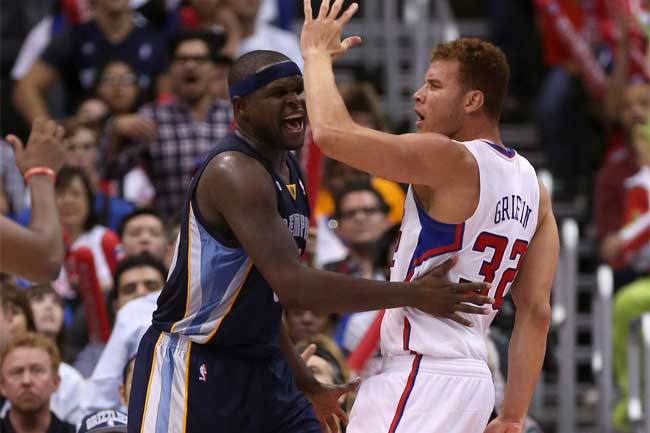 To get you off to the right start this week, Casino Review has taken a look at Monday’s NBA schedule and picked out the winners and losers for you. Let’s start in the Windy City.

After putting together a solid run towards the end of 2012, Atlanta (21-15, 9-9 road) has come unglued over recent weeks, dropping six of eight games.

Chicago (20-15, 10-10 home) meanwhile continues to stay afloat in the Central division, eagerly awaiting the return of Derrick Rose. The Bulls have won four of the last six, including a pair of wins over conference toppers Miami and New York.

The Hawks defeated the Bulls 92-75 on Dec. 22 in Atlanta, and Chicago has gone 5-4 since. Surprisingly, the Bulls have fared better on the road (10-5) this season, and have dropped three of the last four at home. Atlanta may find it difficult to score a victory though, especially considering the side has lost four straight and five of six away from Philips Arena.

Odds: Chicago is favorites, with the spread at 5 and the total at 183½.

Take: CHICAGO – The Bulls are better defensively and the Hawks have had their fair share of struggles over the past two weeks, which should be enough for the Bulls to edge this one. Both Atlanta (14-21-1 ATS) and Chicago (13-21-1 ATS) have struggled against the spread this season, so you face a roulette wheel of opportunity here. Take Atlanta to cover (+5) in a close one. Take a low total (183½) to go under still.

The Grizzlies have had a solid season and have fared very well at home, losing just four games, three to teams with winning records. The Clippers however handed the Grizzlies a 101-92 loss on opening day, although that came at Staples Center.

The Grizzlies have the second best defense in the league (89.7 PPG) and will be calling upon it to stop a Clippers side that ranks No. 7 in scoring (101.8 PPG).

Take: LA CLIPPERS – Memphis (21-12-2 ATS) is the best team in the league at covering the spread. Before you put your money on the Grizzlies though, consider that the Clippers (22-15-0 ATS) are third best in the league, and have covered more times than Memphis. Take the Clippers to cover (+1½) and take an upset win outright. Take the total (184½) to go under as the Grizzlies’ tough defense goes to work.

Miami (24-11, 8-8 road) defeated the Jazz 105-89 at AmericanAirlines Arena on Dec. 22, but as we all know, Miami on the road is a very different side to Miami at home. The Heat has gone 5-3 on the road against Western Conference opponents, but only 2-3 against those teams with a winning record.

Despite currently residing just outside the top eight in the Western Conference, Utah (20-19, 11-4 home) has been solid at home this season, dropping just four games, and all to quality opposition (Memphis, Golden State, Clippers twice).

Both sides will look at this game as one ripe for the taking. A win for Utah will keep the Jazz above the .500 mark, whilst Miami will look to move to 2-2 on this current six-game road trip.

Odds: Miami is favored despite an indifferent road record. The spread is 5½, while the total is 197½.

Take: MIAMI – Take the Heat to score a second straight road victory ahead of games at Golden State and the Lakers later this week. This will be a tough one though, so take Utah to cover the spread (+5½), something the Jazz has been slightly better at this season than the Heat. Take the total (197½) to go under, as has been the case in more than 54 percent of both team’s games this season.