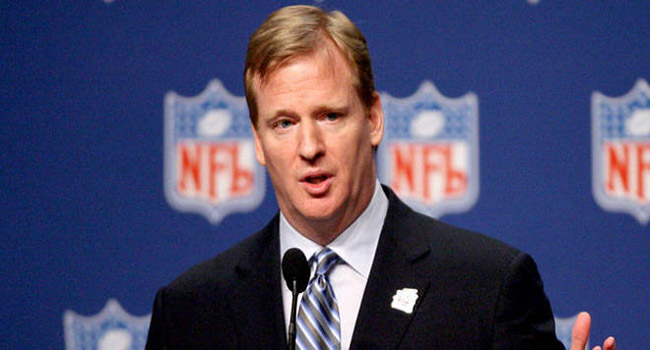 Yesterday the news coming out of the National Football League was anything but positive and if it’s any indication of things to come, Ray Rice should be very concerned.

It was announced on Friday that Arizona Cardinals’ linebacker Daryl Washington was suspended for the entire 2014 season. Washington was suspended under the league’s substance abuse policy. This was his third violation and also includes a domestic violence charge as well. That offense of the league’s personal conduct policy appears to be part of this year-long suspension.

Also on Friday, New York Giants’ safety Will Hill was suspended for the first six games of the 2014 season for violating the league’s substance abuse policy. Since 2012, Hill has failed three drug tests and missed the first four games each of the last two years.

What these two suspensions will do is create speculation about just how long Baltimore Ravens’ running back Ray Rice may be suspended. Rice recently gave  less than stellar six-minute press conference speaking for the first time about knocking his wife (then fiance) out in an elevator. The one advantage Rice has is that this was a first-time event and he has been a positive force in the community.

The disadvantage is that it appears more and more NFL players are slipping up and NFL Commissioner Roger Goodell’s policies just aren’t working. When things such as these aren’t working, one of the few options is to get tougher and especially on first-time offenders. I have to think that deep within the walls of the NFL Offices, Goodell and his disciplinary minions are preparing to go nuclear.

The danger for them is the pending discipline that Indianapolis Colts’ owner Jim Irsay is awaiting. The players are keeping a very close eye on this to see how Goodell handles his situation compared to that of their own.

All I can tell you is stay tuned because I think both Ray Rice and Jim Irsay have more coming than they originally might have thought.

The NBA May Have Screwed Up

Six weeks ago, Donald Sterling caught the ire of nearly all Americans with his ignorant and insensitive comments about African-Americans. Since that time, his Los Angeles Clippers were taken from him and his team was bounced in the second round of the Western Conference playoffs. Over the last 48 hours, it has become clear that former Microsoft CEO Steve Ballmer will become the new owner of the team.

His $2 billion bid was far and away the leading bid and I’ll address more about that in a second. Shelly Sterling is the one who has been working behind the scenes to get a deal done before NBA owners vote to force Donald Sterling to sell. Because earlier this week Mr. Sterling was deemed mentally incompetent, Mrs. Sterling was legally allowed to proceed with the sale.

It was reported late yesterday that Sterling may have Alzheimer’s.

Let’s remember that Sterling purchased the Clippers for $12.5 million 33 years ago. While he will be forced to pay capital gains taxes in the hundreds of millions, he will still come out with significantly more money now then had he chose to sell the team had this never happened.

While NBA Commissioner Adam Silver did the right thing by banning Sterling, hindsight shows us that he may have jumped the gun in forcing the sale. While I’m sure Sterling would have preferred to keep his team, he ends up getting much, much wealthier in the entire process while the NBA looks foolish for making a racist owner richer and almost sympathetic in the process.