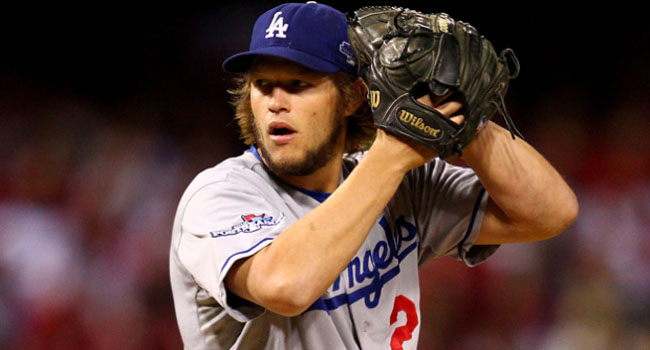 Saturday has again rolled up on me and with so many things to discuss I figure it’s time to throw some more bullets your way with a variety of thoughts from around the sports’ world.

College basketball tips off this weekend so I know all of you are dying for my Final Four selections. Here goes; Kentucky, Arizona, Wisconsin, Wichita State
No surprises in the baseball voting with Clayton Kershaw grabbing both the NL Cy Young Award and the MVP. Mike Trout was the easy winner of the AL MVP as well. I have no issue with pitcher winning MVP. If he’s the most dominant guy on the field then so be it.

I have to wonder what Florida Gator fans are thinking. Will Muschamp is going to get this team to a bowl game. Even if they lose to South Carolina today and Florida State in the finale, they’re going to beat Eastern Kentucky which will give them six wins. Is this what Gators’ fans want?

Brady Hoke’s future is in the same boat. The team needs to beat either Maryland or Ohio State to get to a bowl game. Either way the only way Hoke’s job is saved is through a win at Ohio State and then a bowl win. Those things are unlikely to happen.

I think the Chicago Bulls have a serious problem with Derrick Rose. There’s no way he should be talking about his “after basketball life” the way he is. Then Thursday night he comes up lame again with a hamstring pull. I can’t see the Bulls wanting to invest another dime in him. After all, this is the city where Michael Jordan would have run through brick walls to beat the Washington Bullets.

Kobe Bryant made one of 14 field goal attempts last night in a loss to San Antonio. It was kind of a fitting scene as Bryant and Tim Duncan chatted a few times during the game. Duncan had another double-double going for 13 points and 11 boards. I applaud Bryant for coming back from his injuries but I really don’t know that he is helping the Lakers.

The NBA announced this week that when teams play on Christmas their jerseys will feature the players’ first names rather than their last. Not real sure why but OK.

I’m paraphrasing a bit here but I loved the tweet from Fox Sports’ College Football Writer Stewart Mandel who wondered if the people of Tallahassee wouldn’t be safer in the hands of Frank Drebin. I couldn’t agree more. This is of course in response to the constant blundering of the Tallahassee Police Department when it comes to Jameis Winston and Florida State.

There are some great games on tap for the National Football League tomorrow. The Eagles play at Green Bay where the tundra is expected to be frozen a bit early this year. The Patriots play in Indianapolis and this game could go a long way towards securing home-field advantage. Two of the best teams in the NFL face off in Arizona where the Cardinals host the Lions. Unless you have the NFL Sunday Ticket, you’ll most likely be out of luck. Only about 19% of the nation will get this game.

Obviously there are some great college football games on tap today but I want to focus a Big 12 game for a second. Oklahoma will face Texas Tech today without QB Travis Knight. The Sooners were ranked number one in many preseason polls and now have three losses, two of which came at home. Don’t be a bit surprised if Bob Stoops is suddenly on the hot seat. Yes he wins games, but this is a “what have you done for me lately” market place. Alumni aren’t thrilled about losing to Kansas State and Baylor in Norman. 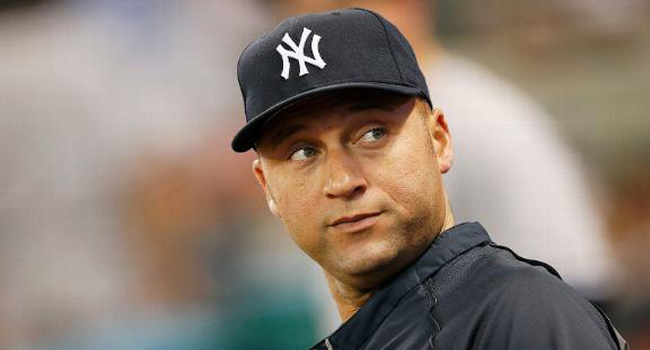 I found it really interesting to listen to sports’ talk radio the day after the American League defeated the National League 5-3 in Tuesday night’s All-Star Game. Some hosts and callers were appreciative and respectful towards New York Yankees’ shortstop Derek Jeter while some were just down-right vicious towards him.

Personally, I found it to be almost a sign from the gods when during Jeter’s first at-bat some idiot in the crowd shouted “over-rated” as Jeter stripped a double into right field. In many ways this has been a microcosm of Jeter’s career.

Much of the hatred towards Jeter is the fact he wears pinstripes and has worn them for his entire 20-year career. The Yankees are the ‘Notre Dame’ of Major League Baseball meaning you either love them or hate them. There is no in between.

Many fans and even some ‘baseball’ people think Jeter is over-rated and this is their opinion. It’s wrong, but it’s their opinion. Does he belong on a pedestal with Ruth, Cobb, Mays and Aaron? No he certainly does not. Is he a Hall of Famer? Absolutely he is so why can’t we just appreciate the guy?

On Tuesday night, he was given a standing ovation as he came to bat in the bottom of the first inning. The ovation lasted just over a minute and it was obvious the private, humble Jeter was a bit overwhelmed and ready to get on with baseball.

When he exited the game he was given an ovation that lasted over two minutes as he tried on several occasions to escape into the dugout. If you asked Jeter in a private moment I guarantee he’d tell you it was a bit much but why was everyone mad at him?

Last year, MLB gave a very appropriate goodbye to Mariano Rivera but I fear that who ever is ‘producing’ the All-Star Game is trying to do too much to give each installment a ‘special moment.’

There is no question in my mind that Jeter deserved to be honored and in his first at-bat it was perfect. It could have been finished there and then when he exited the game he could have tipped his cap, received another nice round of applause and retired to the dugout.

The question was raised many times this week and I feel it’s an honest one; would Jeter have received this had he been wearing the uniform of another team? No, no he wouldn’t have and the reasons are simple.

Would Derek Jeter have won five World Series titles while playing in Kansas City? Los Angeles? Atlanta? More than likely not and that’s the difference. Jeter wasn’t the reason the Yanks won those five titles because he had plenty of talent around him but he had a hand in winning them with clutch play and hitting that has rarely been seen in contemporary baseball.

Jeter is currently at .311 for his lifetime batting average and that won’t change a ton over the final few months of the season, but his more important totals were his career average of .308 in the playoffs (158 games) and his .321 average (38 games) in the World Series.

Think of the great plays and clutch hits that Jeter has provided and your left with no doubts as to why MLB wanted to honor him, but MLB also has other agendas as well. This means making sure its’ stars are celebrated but it also means they are searching for the next face of baseball which most believe will be Mike Trout and with good reason.

Hopefully you can just appreciate Jeter’s accomplishments without having to judge where he belongs all-time. Let MLB handle all of the pomp and circumstance.

It finally happened. After what seems like a season of sitting in the gloomy shadow of the Chicago White Sox, the Detroit Tigers (83-72) finally leapfrogged their bitter rivals on Wednesday night, taking sole-possession of the lead for the AL Central.

A 5-4 win over Kansas City coupled with a Sox loss to Cleveland puts Detroit in the driving seat with just seven games to play. For Justin Verlander, Prince Fielder, Jhonny Peralta and the entire Tigers team, the move will be something of a relief.

The Tigers find themselves in a division or bust situation. Too many games behind Wild Card leading Baltimore and Oakland, Detroit has to win the division or go home early. There’s not a single sole in Michigan that isn’t aware of that, and for one man such a failure would have an added bitter taste.

Miguel Cabrera finds himself with a legitimate shot at winning the AL Triple Crown for batters. But how would such an award feel if the third baseman was to sit and watch the postseason from home?

The last Triple Crown was awarded in 1967 when Boston leftfielder Carl Yastrzemski tallied 44 homeruns and 121 RBIs alongside a batting average of .326. The Red Sox went on to the World Series that season, losing to St. Louis in seven games.

The Detroit power hitter currently leads all American League batters with a .327 average and 133 RBIs. That’s two-thirds of the Triple Crown achieved.

With 42 homeruns, Cabrera trails Josh Hamilton of the Texas Rangers by just one homer. He’s also tied with Edwin Encarnacion of the Toronto Blue Jays, but in terms of the Triple Crown, a tie is as good as a lead.

So, with seven games left, can Cabrera achieve the unthinkable and take home the first Triple Crown in 45 years?

Oddsmakers seem to think he can. Bovada has Cabrera at -135 (Yes) and -105 (No). That’s not much leeway between but that’s a definite vote of confidence.

The toughest part for Cabrera will be outscoring Hamilton in homeruns. The Texas big-hitter has been on fire this season, and started to heat up down the stretch. Still, one homer’s difference can be eclipsed in a game, unless Cabrera has another 0-4 game like on Wednesday night.

In terms of RBIs, Cabrera looks like he has enough daylight between him and Hamilton (124 RBIs), while his average, which has dipped slightly over the past two games is getting perilously close to both Joe Mauer (.323) and Mike Trout (.323).

With series at Minnesota and Kansas City still ahead, the Detroit third baseman will have the opportunities to pad those numbers a bit more.

An MVP Award To Boot?

Of course, if Cabrera does win the Triple Crown it will be unfathomable to imagine the third baseman not being awarded the MVP award for the American League.

As it stands, even without taking the crown, Cabrera is the oddsmakers’ favorite to take the MVP over Mike Trout of the Angels. Bovada has Cabrera at -150 to take the award and Trout at +120. Nobody else appears to even be in consideration, which is understandable given what the two have already achieved this year.

So, with just one week left on the calendar, all eyes will be on Cabrera as he attempts not just to take home that elusive Triple Crown award but also lead his team into the postseason. Anything less than postseason play will leave a bitter taste in the mouth, award or not.